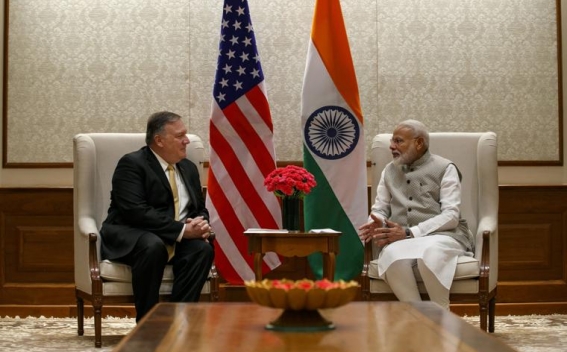 US Secretary of State Mike Pompeo began official meetings in India's capital on Wednesday amid growing tensions over trade and tariffs that has strained the partners' ties.

"Working together to further deepen our strategic partnership. Secretary Pompeo called on PM Narendra Modi to exchange views on various aspects of Indo-US relationship," spokesman for the ministry of external affairs Raveesh Kumar, said in a Twitter post.

Pompeo arrived in New Delhi late on Tuesday after visiting Saudi Arabia, the United Arab Emirates and Afghanistan on a trip aimed at building a global coalition to counter Iran.