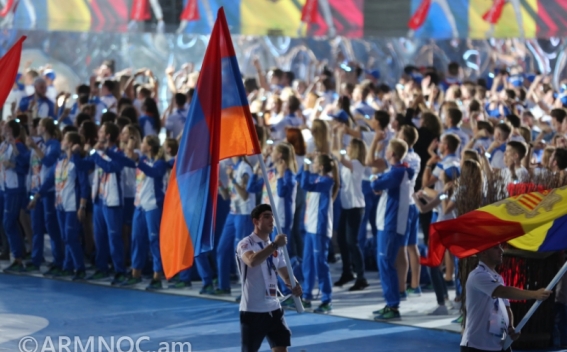 The Armenia team came 11th with 5 gold, 3 silver and 3 bronze medals at the 2nd European Games ended in Minsk, Belarus.

Armenia participated in the European Games with 37 athletes in 9 sports.

More than 4000 athletes from 50 countries performed at the European Games.

The athletes competed in 15 sports for 200 medal sets.