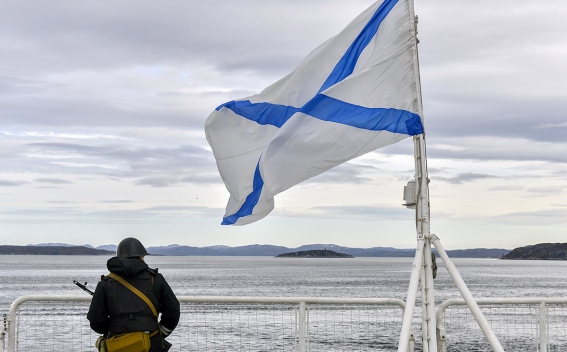 Russia has revealed a fire onboard a top-secret navy submersible has left 14 sailors dead in a rare public incident involving one of the country’s most shadowy military projects.

The Russian defence ministry did not identify the submersible by name, simply calling it a “deep-sea research vessel”. Several independent Russian media outlets, including RBC and Novaya Gazeta, identified the vessel as the Losharik, citing sources, the Guardian reports.

Vladimir Putin, the Russian president, said the crew was “highly professional”, adding that seven of the dead had the rank of captain and two were awarded the nation’s highest medal, the Hero of Russia.

The Losharik spy submarine is believed to be nuclear powered, capable of diving to extreme depths and possibly involved in the tapping and severing of underwater communications cables.

The fire broke out on Monday while the vessel was carrying out research in Russia’s northern territorial waters, the defence ministry said.

The sailors died from inhaling poisonous gas as a result of the fire, the ministry said. Russian officials did not say what caused the blaze, although they did say the vessel was performing bathymetric measurements in a study of the ocean floor.

The submersible is now at the Russian northern fleet’s base in Severomorsk on the Barents Sea.

The Russian president, Vladimir Putin, cancelled a scheduled appearance and summoned his defence minister to be briefed on the situation. He ordered an inquiry into the incident.