Eurovision 2020: Amsterdam will not host singing competition next year 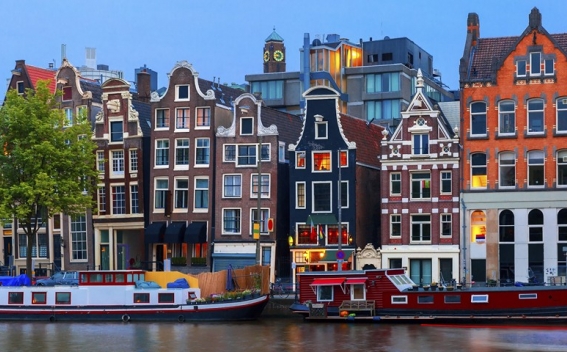 Amsterdam will not host the Eurovision Song Contest in 2020.

Amsterdam will not submit a bid to hold the contest next year, leaving five cities to battle it out. According to ESCToday, the Mayor of Amsterdam Femka Halsema revealed the Dutch capital won’t make a bid/ It was set to be held at the Ziggo Dome in the city, but it is fully booked and needs to be free for at least eight weeks to organise the event.

This leaves Rotterdam, Utrecht, Den Bosch, Arnhem and Maastricht still in the running. Rotterdam is said to be the hot favourite to host in 2020, "Metro" reports.

Remaining towns have until 10 July to submit their proposals as to why they should host. The winning town is set to be announced in August.

The Eurovision Song Contest 2020 will be held in The Netherlands after Duncan Laurence triumphed at the show last year. Things got worse just days after the final when the leaderboard was given a revamp as the European Broadcasting Union admitted to a ‘human error’ messing up the jury votes, following the disqualification of the Belarusian jury. The top four entries remain unchanged, in fact they gained more points with winner Duncan adding six points to his overall score.