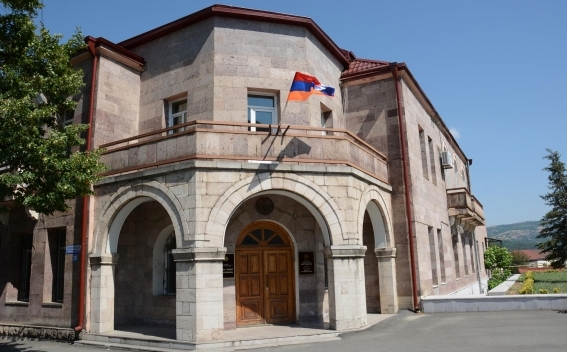 The Foreign Ministry of Artsakh welcomes the adoption of the amendment to the National Defense Authorization Act (NDAA) of the US House of Representatives submitted by Congresswoman Judy Chu.

As the press service of the Foreign Ministry of Artsakh informed, the statement runs as follows,

"We welcome the adoption of the amendment to the National Defense Authorization Act (NDAA) of the US House of Representatives submitted by Congresswoman Judy Chu.The amendment reiterates the importance and urgency of implementation of the Royce-Engel initiative, aimed at reducing tensions along the Line of Contact between the armed forces of Artsakh and Azerbaijan. In particular, the document envisages withdrawal of snipers, heavy arms and new weaponry from the line-of-contact, as well as deployment of gun-fire locator systems, and expansion of the Office of the Personal Representative of the OSCE Chairperson-in-Office.

We are convinced that the consistent strengthening of the ceasefire regime, including through establishing an international mechanism of control will help create a favorable environment for effective peace talks.

Artsakh side has repeatedly underlined the importance of creating conditions for the continuation of the peace process, and launched various constructive initiatives to reduce tension on the Line of Contact, and implement confidence-building measures. As one of the recent examples, Stepanakert expressed readiness to provide regular updates to the international mediators on the situation along Artsakh’s border with Azerbaijan using video control systems installed by Artsakh side. Moreover, the system of permanent video surveillance of the Line of Contact may become an integral part of an international cease-fire control mechanism.

Unfortunately, the Azerbaijani side has been consistently rejecting the proposals of both Artsakh side and the mediators, aimed at reducing tensions in the Azerbaijan-Karabakh conflict zone, including the initiative by the United States Congressmen Ed Royce and Eliot Engel, which has received large bipartisan support among their congressional colleagues.

We hope that this amendment introduced by the Congresswoman Judy Chu will create a new momentum for the implementation of the Royce-Engel proposals."