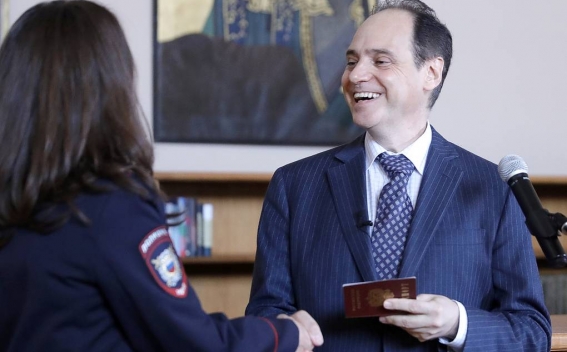 "Exactly a month ago Russian president signed a decree, awarding you Russian citizenship. This is symbolic because it happened literally a few days after your birthday and the 220th anniversary of Alexander Pushkin’s birthday and you are primarily famous as a great translator, possibly, the best translator of his poems into English," the minister said.

"I know what special place Russia holds in your life. Therefore, your becoming a Russian citizen is logical and absolutely right. I congratulate you from the bottom of my heart," he added.