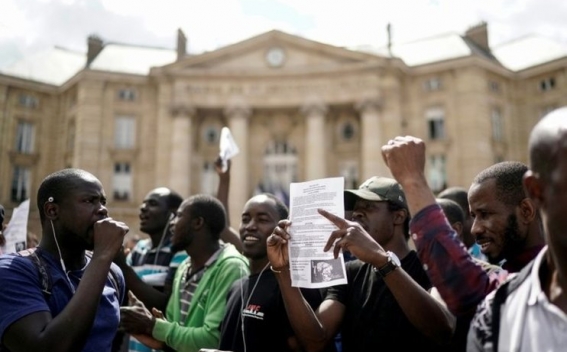 Hundreds of undocumented migrants have stormed the Panthéon in Paris and demanded the right to remain in France, BBC reports.

The protesters, who were mainly from West Africa, surged into the building at around midday (11:00 GMT) on Friday.

Tourists were evacuated from the mausoleum, where many of France's most famous figures are buried.

The group called themselves the "black vests" - a reference to the yellow vest protest movement that spread through much of France earlier this year.

They waved papers in the air, chanted, and demanded to hold talks with Prime Minister Édouard Philippe over their immigration status.

In a statement, the protest group described themselves as "the undocumented, the voiceless and the faceless of the French Republic".

"We don't want to negotiate with the interior minister and his officials any more, we want to talk to Prime Minister Édouard Philippe now!" it said.

Between 200 and 300 migrants took part in the protest, a police spokesman told Reuters news agency. There were 37 arrests made.