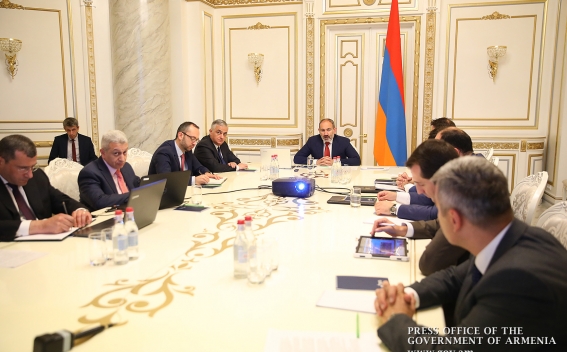 Prime Minister Nikol Pashinyan held a consultative meeting to discuss the state of affairs in the field of public procurement and the ongoing reform process.

“Why are we specifically interested in the public procurement system? What do we want to do and what results do we want to achieve? We want the public procurement system to be transformed so that it becomes as flexible and mobile as possible, at the same time preserving the principle of fair competition and as far as possible from corruption, thirdly, it guarantees the quality of public spending and the result. In the end, there is also such an important factor: it should maximally support the local producer and the development of local services and domestic business, in general.

Several discussions were held during this time, and there is an opinion that our current system actually meets these criteria, it is just necessary to raise awareness among the relevant authorities, there is also an opinion that these problems are not related to procurement, but other factors - procedures and mechanisms. I hope that today’s discussions will help us find a solution and understand what we need to do and what the current situation is,” Prime Minister Pashinyan said, opening the meeting.

A number of proposals and recommendations were voiced during the exchange of views that followed. Prime Minister Pashinyan instructed those in charge to follow up the ongoing reform and present legislative amendments as necessary. In particular, the Premier instructed all those government departments eligible for sizeable procurements that are supposed to have a vision of strategic programs to develop a procurement strategy for a long-term period of 5-10 years in order to increase the interest of potential participating companies.

Nikol Pashinyan noted that in those cases when the production of purchased goods can be organized in the Republic of Armenia, it is necessary to create appropriate conditions and work out such regulations as may increase our country’s investment attractiveness among foreign investors and stimulate their involvement in the local production of specific goods.