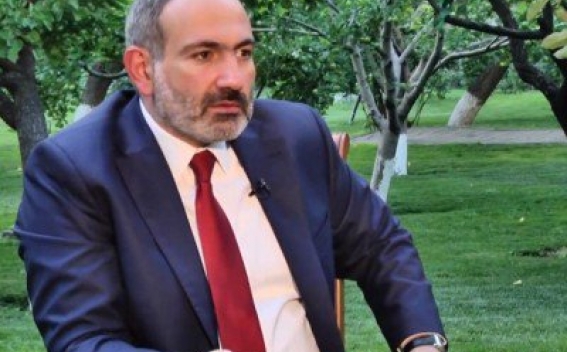 The hot line between the Prime Minister of Armenia and president of Azerbaijan operates, but unfortunately, it does not guarantee there will be no victims on the contact line, PM Pashinyan said in an interview with head of Armenian service of Radio Free Europe/Radio Liberty (RFE/RL) Hrayr Tamrazian, ARMENPRESS reports.

“But we make efforts for having clear results of the negotiations. Why there are no clear results of the negotiations? Now when I want to describe the situation for the representatives of the international community why there is no progress in negotiations, I say that there is only one reason. When I was elected Prime Minister of Armenia, I announced at the National Assembly that any solution to Karabakh issue must be acceptable for the peoples of Armenia, Karabakh and Azerbaijan. This was an unprecedented announcement in our reality, because no leader of the Republic of Armenia has ever said that any solution must be acceptable for the people of Azerbaijan.

This is a very important announcement and creates firm grounds for the progress of the negotiations. Therefore, why there is no progress? For very clear reason. Because the president of Azerbaijan refuses to say the same sentence. He should say that any solution to Karabakh issue should be acceptable for the people of Azerbaijan, Karabakh and Armenia”, Pashinyan emphasized.

According to the PM, as far as the Azerbaijani president has not pronounced that sentence, the negotiations will not be productive.