He Will Be Great: Trump Congratulates Boris Johnson on Becoming UK's New PM 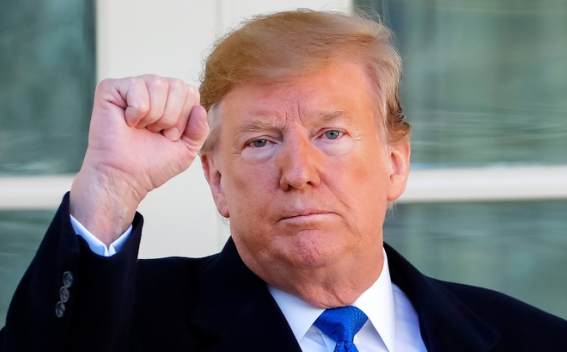 Boris Johnson on Tuesday won the contest to lead Britain’s governing Conservative Party and will become the country’s next prime minister after Theresa May, indiatoday reports.

The newly elected Tory leader Boris Johnson has promised to lead Britain out of the European Union with or without a deal by Halloween.

Boris Johnson resoundingly defeated Foreign Secretary Jeremy Hunt with two-third of the votes in a ballot of about 160,000 Conservative members. He won the votes of 92,153 members of the Conservative party, to 46,656 for his rival, Jeremy Hunt.

He will be formally designated as the prime minister of the United Kingdom on Wednesday.

Top leaders from around the world are congratulating Boris Johnson on his massive win.

US President Donald Trump tweeted, "Congratulations to Boris Johnson on becoming the new Prime Minister of the United Kingdom. He will be great!"