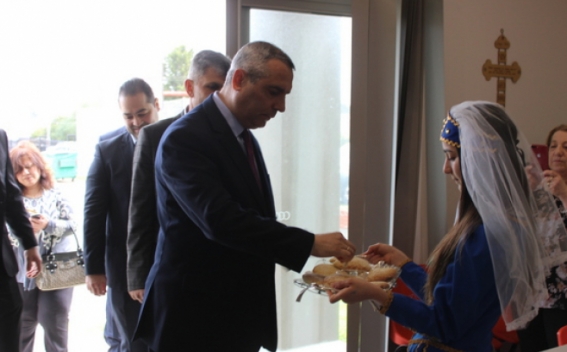 On the same day, the officials from Artsakh met with representatives of the Armenian community of Melbourne at the Armenian Center. During the event, the video ‘Artsakh: History and Conflict’ authored by the Foreign Ministry of Artsakh was shown.

In their speeches, Foreign Minister of Artsakh Masis Mayilian and member of the National Assembly David Ishkhanyan touched upon issues related to the foreign, security, investment and domestic policy of Artsakh.

The speakers expressed their gratitude to the Armenian National Committee (Hay Dat) of Australia and all those who had contributed to the organization of the productive and successful visit.