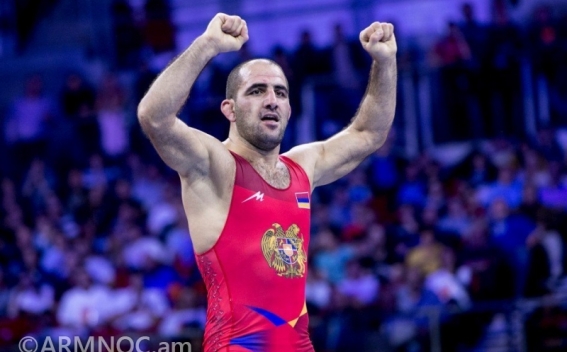 On the last seconds of the bout the score was 2:1 in favor of Manukyan.

Shahinyan pushed Manukyan out of the mat. The referee gave a two-point warning to Manukyan for passiveness. Manukyan fell and failed to continue the fight.

Artur Shahinyan was named the winner of the tournament.

As for Gevorg Gharibyan (60 kg) he became a bronze medalist.