Iran-Russia-Azerbaijan Summit to be Held at Better Time: Official 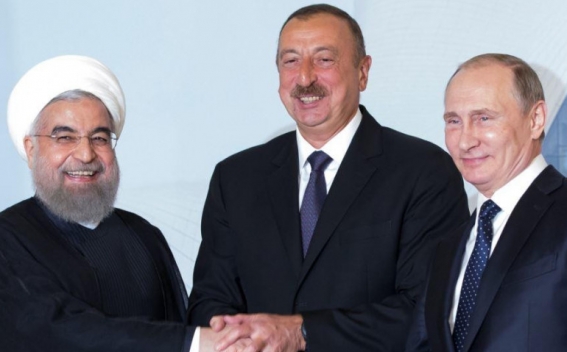 A summit between the presidents of Iran, Russia, and Azerbaijan, Hassan Rouhani, Vladimir Putin, and Ilham Aliyev which was scheduled for Wednesday in Russia’s Sochi has been postponed due to technical reasons, mehrnews reports.

The Iranian president’s deputy chief of staff for communications and information, Parviz Esmaeili, said Tuesday that the tripartite summit will be held “at a more appropriate time”.

According to Esmaeili, the summit will discuss all the aspects of trilateral cooperation in various economic fields as well as regional communications.

The summit will conclude with a joint statement issued by the leaders of the three countries.

The first summit in this format was held in Azerbaijan’s capital of Baku in August 2016, at the initiative of the Azerbaijani leader. The last summit between Russia, Iran and Azerbaijan was held on November 1, 2017 in Tehran.