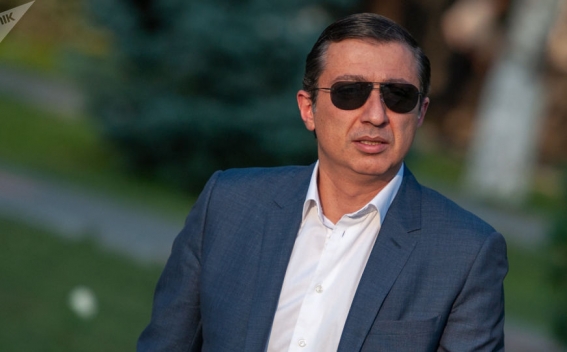 The Russian Prosecutor General’s Office has turned down Armenia’s request for the extradition of Mihran Poghosyan, a former MP and chief of the Compulsory Enforcement Service facing corruption charges, Arevik Khachatryan, the head of Public Relations Division at Prosecutor General's Office, said in a statement, Panorama.am reports.

The Russian law enforcement agency citied Article 19 of the 1993 Convention on Legal Assistance and Legal Relations in Civil, Family and Criminal Matters, saying a decision to extradite Poghosyan to Armenia may “undermine the sovereignty or security of the requested Contracting Party (i.e. Russia) or contradict its legislation.”

The Armenian Prosecutor General's Office says the Russian authorities failed to provide clear information on the specific grounds for the rejection of its motion. It has requested the Russian colleagues to provide the necessary information.

Russian law enforcement officers detained Mihran Poghosyan in April. The ex-official was located in the Russian Republic of Karelia. A Yerevan court allowed the Special Investigative Service to arrest Poghosyan after he was charged with abusing his powers to enrich himself and companies linked to him.