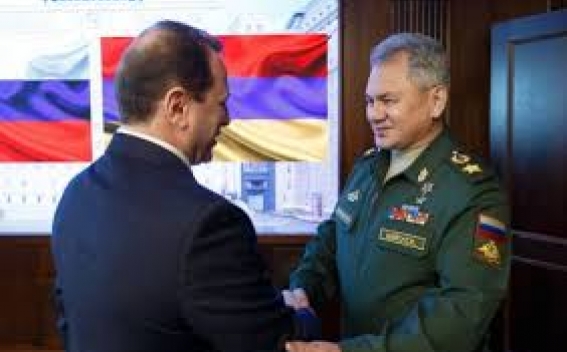 RA Minister of Defense Davit Tonoyan had a meeting with his Russian counterpart, army general Sergey Shoygu in Moscow last evening. They have discussed issues related to the bilateral military and military-technical cooperation. The RA Defense Ministry Press Secretary Artsrun Hovhannisyan has informed about this on his Facebook page.

Artsrun Hovhannisyan mentioned, that expressing satisfaction with the current level of relations and underscoring the strategic and allied nature of those relations, the defense ministers attached importance to the consistent enhancement of cooperation in the sectors of joint combat preparation, operational planning, military instruction, strengthening of the combat readiness of the 102nd military base of the Russian Federation and in several other sectors. Regional and international security issues has also been discussed. Davit Tonoyan and Sergey Shoygu has reached several important agreements on the implementation of military-political, military and military-technical projects.