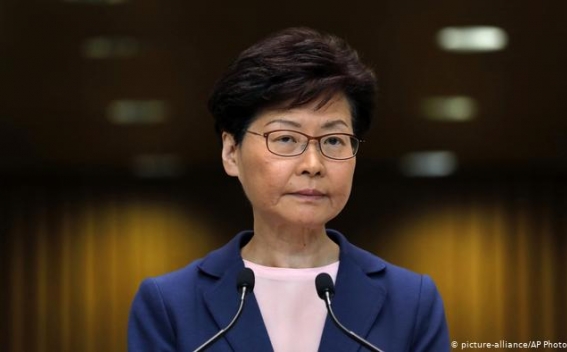 Hong Kong's Chief Executive Carrie Lam has offered talks with critics of her government, even as she continues to dig in by refusing to address protesters' demands for her to withdraw the controversial extradition bill, which sparked weeks of demonstrations, AlJazeera reports.

In a news conference on Tuesday morning, Lam announced that her office "will start immediately a platform for dialogue with people from all walks of life", while promising to conduct an investigation into alleged police abuse.

"This is something that we want to do, in a very sincere and humble manner," she said, saying her administration is "committed to listen to what the people have to tell us".

She also said that she is hopeful that Sunday's peaceful protest, which drew as many as 1.7 million people out in the streets, would mean that the semi-autonomous Chinese territory is on its way to peace.

While appearing to offer an olive branch to protesters, Lam still refused to say that the extradition bill has been withdrawn.

"I can give you this very clear commitment at the political level, that the bill is dead. There is no plan to revive this bill, especially in light of the public concerns," she said.

Critics have said that Lam's declaration of the deal being "dead" has no legal weight, and that she should say the bill is "withdrawn".

Al Jazeera's Hoda Abdelhamid, reporting from Hong Kong, said that what Lam did not address is as significant as what she said.

"At the end of the day, it is more important what she didn't say than what she said," Abdelhamid said, pointing out that Lam again refused to address the five demands of the protesters.

Our correspondent said that Lam's latest statement could further spur anger among her critics, and ignite renewed calls for her to resign.

Abdelhamid also said that protesters have no expectations that a government investigation into alleged police abuse would be fair.

"I do not see how the protesters will trust that body."