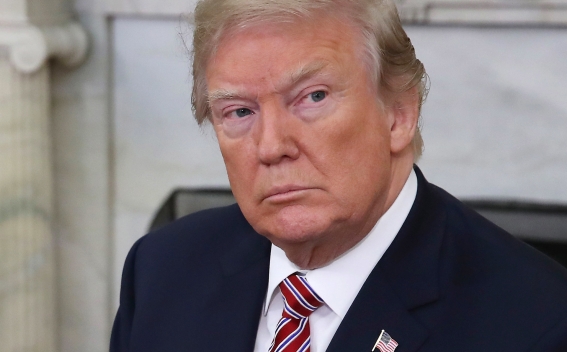 US President Donald Trump has cancelled a state visit to Denmark after the nation's prime minister said Greenland was not for sale to the US, BBC reports.

The president was scheduled to visit on 2 September, at the invitation of Denmark's Queen Margrethe II.

Then last week Mr Trump suggested the US was interested in buying Greenland, an autonomous Danish territory.

Danish PM Mette Frederiksen described the suggestion as "absurd" and said she hoped Mr Trump was not being serious.

Announcing the cancellation of his visit, Mr Trump tweeted: "Denmark is a very special country with incredible people, but based on Prime Minister Mette Frederiksen's comments, that she would have no interest in discussing the purchase of Greenland, I will be postponing our meeting scheduled in two weeks for another time...."

A White House spokesman confirmed that the president's visit had been cancelled.

The Danish royal house also confirmed it had been informed of the cancellation, the Danish Broadcasting Corporation, DR, reported.

Mr Trump had earlier confirmed reports that he was interested in buying Greenland. When asked on Sunday if he would consider trading a US territory for the island, he replied: "Well, a lot of things could be done."

"Essentially it's a large real estate deal," he said.

The suggestion was dismissed by Greenlandic and Danish officials. "Greenland is not for sale, but Greenland is open for trade and co-operation with other countries, including the USA," said the territory's premier, Kim Kielsen.

Soren Espersen, foreign affairs spokesman for the populist Danish People's Party, told national broadcaster DR: "If he is truly contemplating this, then this is final proof that he has gone mad."