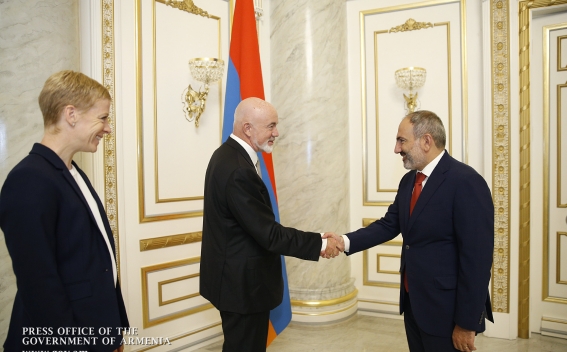 The Prime Minister advised that the Armenian government has declared tourism as a priority. The sector has great development potential, and the development of civil aviation is of paramount importance in this respect. The Premier went on to note that the Government is keen to see leading international air carriers involved in Armenia’s aviation market. In this context, he assessed today’s meeting as a good opportunity to discuss possibilities for cooperation.

RyanAir Chief Commercial Officer David O’Brien said the company is set to enter Armenia’s air market, and discussions are being held to that effect with Armenia’s Civil Aviation Committee and Yerevan’s Zvartnots Airport. He presented the vision of their activities in Armenia, including the projected destinations, pricing policies, etc.

Welcoming RyanAir’s intention to enter the Armenian market, Nikol Pashinyan expressed his government’s willingness to back the process as much as possible. The Premier suggested that efforts should be continued in order to find a specific option for mutually beneficial cooperation.