“We’ll See” if Kim Jong Un will Give Up His Nuclear Weapons: U.S. Defense Chief 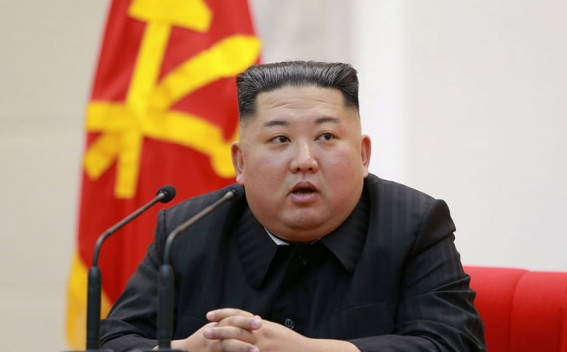 U.S. Secretary of Defense Mark Esper on Wednesday appeared to express some reservations about the possibility that North Korea will fully denuclearize, nknews.org reports.

Speaking in an interview with Fox News, the recently-inaugurated Secretary of Defense was asked whether North Korean leader Kim Jong Un would ever relinquish his nuclear arsenal.

“Well, the experts will tell you probably not, but we’ll see,” he said, while drawing a parallel between prospects for the DPRK’s denuclearization and the collapse of the Soviet Union.

Esper’s comments are notable: Pyongyang has on paper committed to work towards the “full denuclearization” of the Korean peninsula.

U.S. officials have since last year’s Singapore summit between the countries’ leaders consistently stressed their view that Kim Jong Un is willing to denuclearize.

Secretary of State Mike Pompeo also recently claimed the U.S. and North Korea see eye-to-eye on the definition of denuclearization and that Kim Jong Un will carry out a promise to denuclearize his country in exchange for a brighter economic future facilitated by Washington.

But these characterizations of a joint understanding of the process stand in contrast to the state of stalled talks between the two countries, as well as claims by North Korea that the U.S. is promoting an incorrect reading of the kind of denuclearization agreed upon in the Singapore summit.

Similar to the U.S., the South Korean government, too, has consistently claimed that the DPRK leader is willing to relinquish his nuclear arsenal in exchange for economic benefits.

The Secretary of Defense on Wednesday, however, appeared to approach the issue with more skepticism.

Asked if he trusted Kim Jong Un, he replied “no,” stressing the need for the two countries to have “a verifiable agreement in place.”

But he also defended the ongoing diplomatic process between the two countries, as well as reiterating recent U.S. claims that it is not concerned by a spate of North Korean missile tests in recent weeks.

“When I came into the administration in late 2017… we were on the path to war at that time,” Esper said. “Now we’re on a diplomatic path.”

“I think our biggest concerns were with the long-range tests that were being conducted,” he added, denying that it was inappropriate for the U.S. to continue to seek talks following six weapons tests by Pyongyang in the past month.

“I think you need to take a look at the bigger picture.”