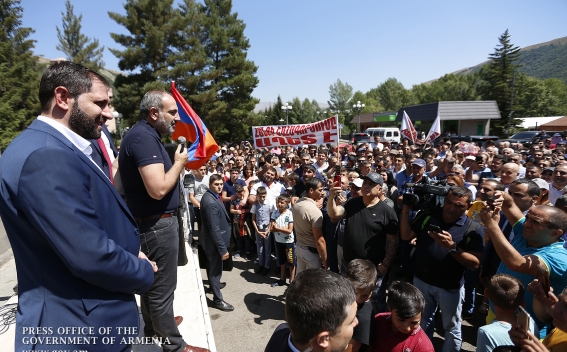 Prime Minister Nikol Pashinyan traveled to Vayots Dzor Marz on a working visit to discuss the situation around the Amulsar goldmine with Jermuk residents.

Nikol Pashinyan first met with Jermuk residents and talked about the situation associated with the Amulsar goldmine. The head of government touched upon the findings of the international expertise on the Amulsar program, and discussed with the residents of Jermuk issues regarding options for resolving the situation.

The Prime Minister also met with citizens gathered in Jermuk Square and delivered a speech. In his speech, Nikol Pashinyan noted that ever since the day he was elected Prime Minister of the Republic of Armenia, the Amulsar issue was the only question, in connection with which he read all the letters addressed to him personally.

“In June - July last year, many letters were received from citizens, and I personally read them all. You may rest assured that the people’s voice has always been heard, and I hope you know that the people’s voice cannot but be heard in today’s Armenia. As I stated last year, the Amulsar issue may be tackled based on the balanced interest of the Republic of Armenia. Now there are allegations that water will be polluted; air will be polluted; land will be polluted, and so on. If it turns out that this is the case in practice, the mine shall not be exploited,”the Premier said.

“The only discomfort is that we have not been listening to each other for a while now. I assure you that I have read all the letters and messages addressed to me in June - July last year. I personally read hundreds of pages. And the criminal proceedings were initiated on my own initiative; the international expertise was started on my initiative as a reflection of my commitment to you, ” the Prime Minister emphasized.

Nikol Pashinyan commented on the results of the international examination of the Amulsar goldfield. “We have ELARD’s findings, which has given rise to different interpretations. You may know the official conclusion which states that there is no threat to mineral waters in Jermuk, and there are no hazards associated with Lake Sevan. The point is in the way the matter is being interpreted, and therefore I decided that on Thursday or Friday we will have a Skype conference with ELARD experts group to advise them that there is heated debate in Armenia about the facts they have stated, and we would like to hear their conclusion by word of mouth. The conference will be recorded and published.”

The Head of Government urged the residents of Jermuk to clearly formulate their concerns and queries in order to raise them during the Skype conference. “Although, in fact, these questions have already been publicly voiced, and we can collect these questions. If you read the transcript of the consultation held on the morning of August 19, you can see that I raised all the questions you had asked me during our latest meeting. The conference will go on record; let ELARD comment on its findings, we will publish and talk about it,” the Prime Minister said, noting that he would run the Skype conference in person to make sure that clear-cut answers could be given during it and there would be no reason for inconsistencies.

In conclusion, Nikol Pashinyan emphasized: “My position is that the mine cannot be exploited if it turns out that there is no guarantee that air, water and the noise background shall remain the same in Jermuk. This is beyond discussion. What we need to discuss is whether we should tolerate the sight of another building through the window.”

Later on Nikol Pashinyan met with people’s representatives in Jermuk. 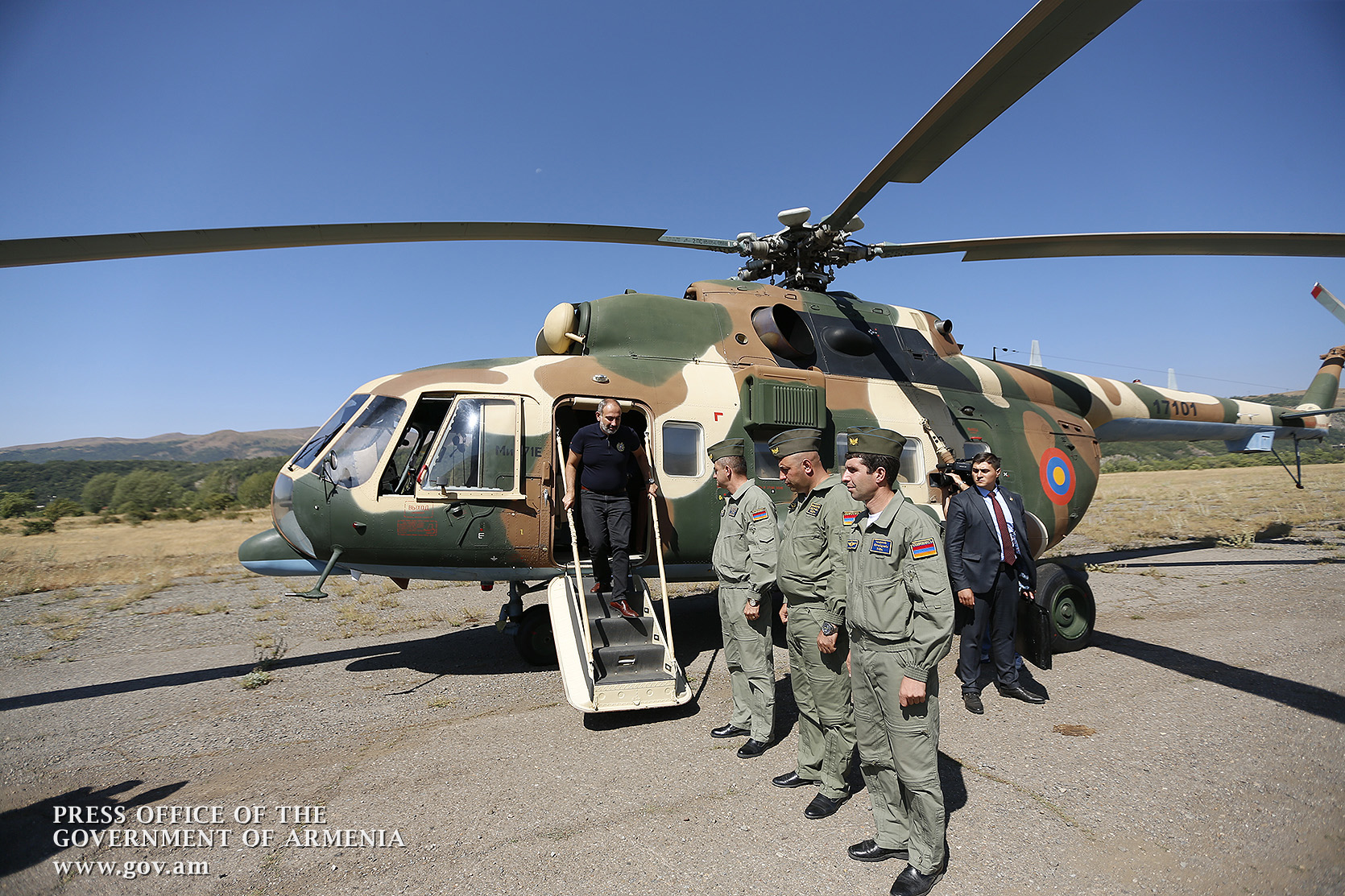 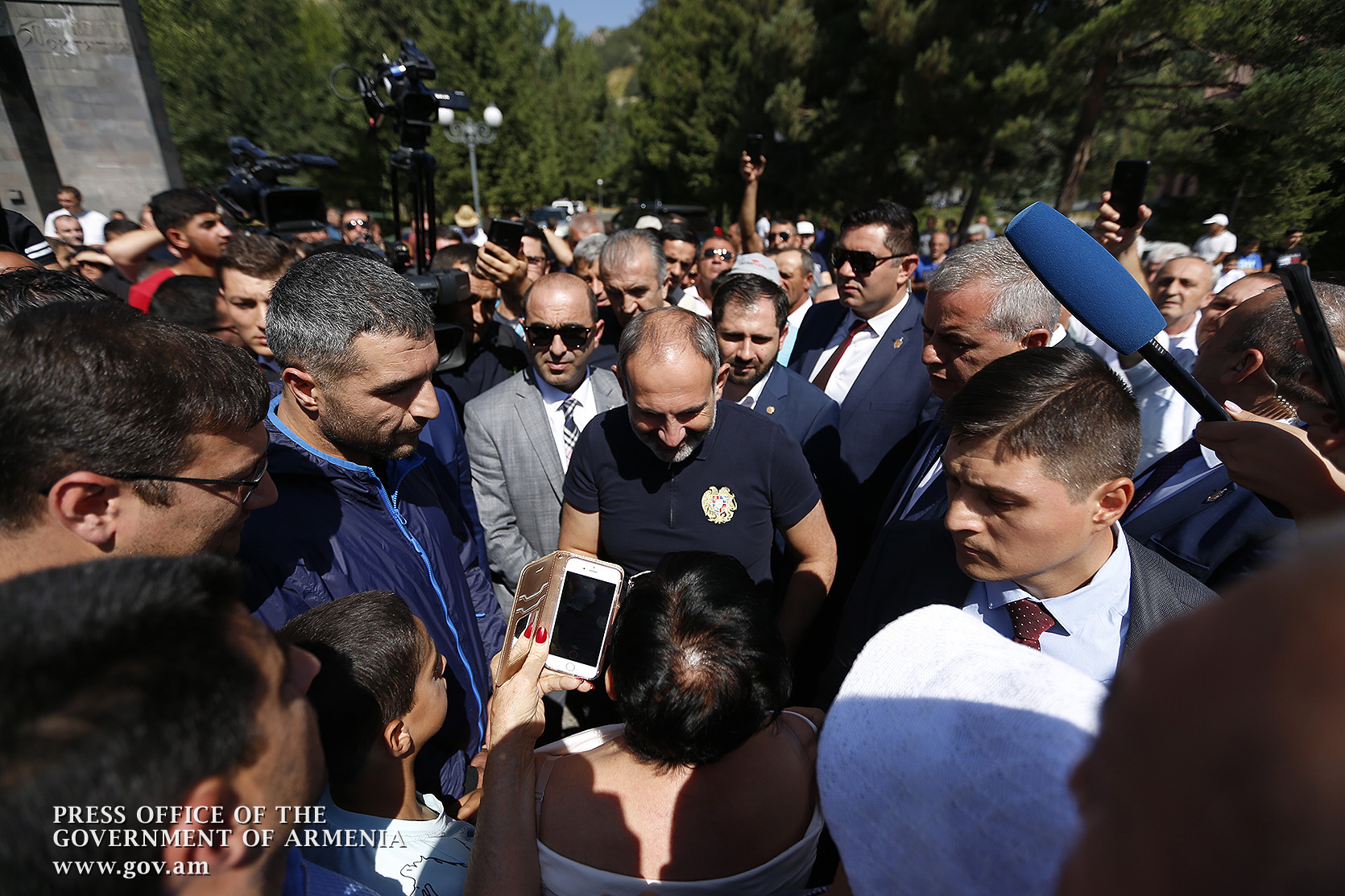 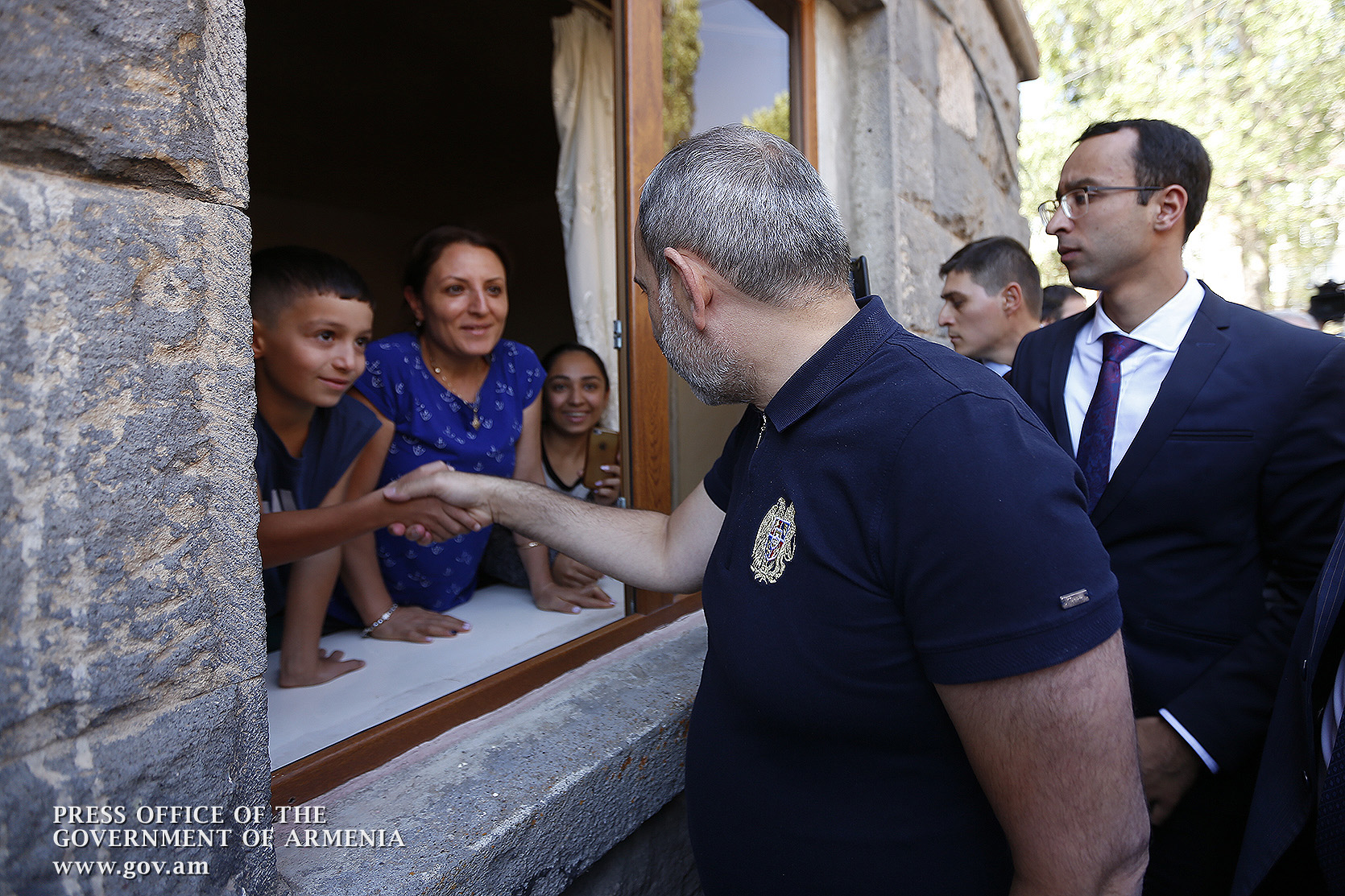 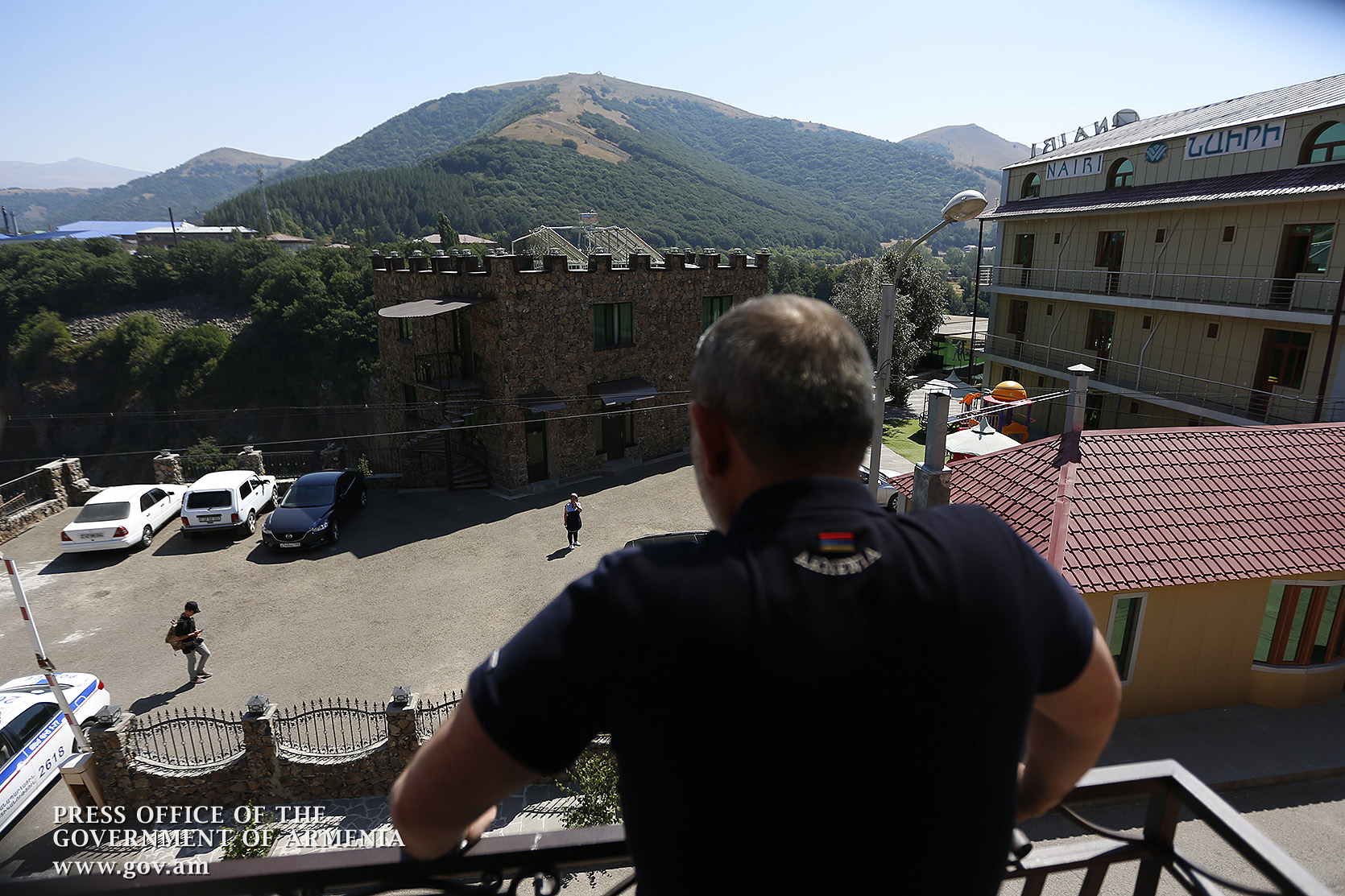 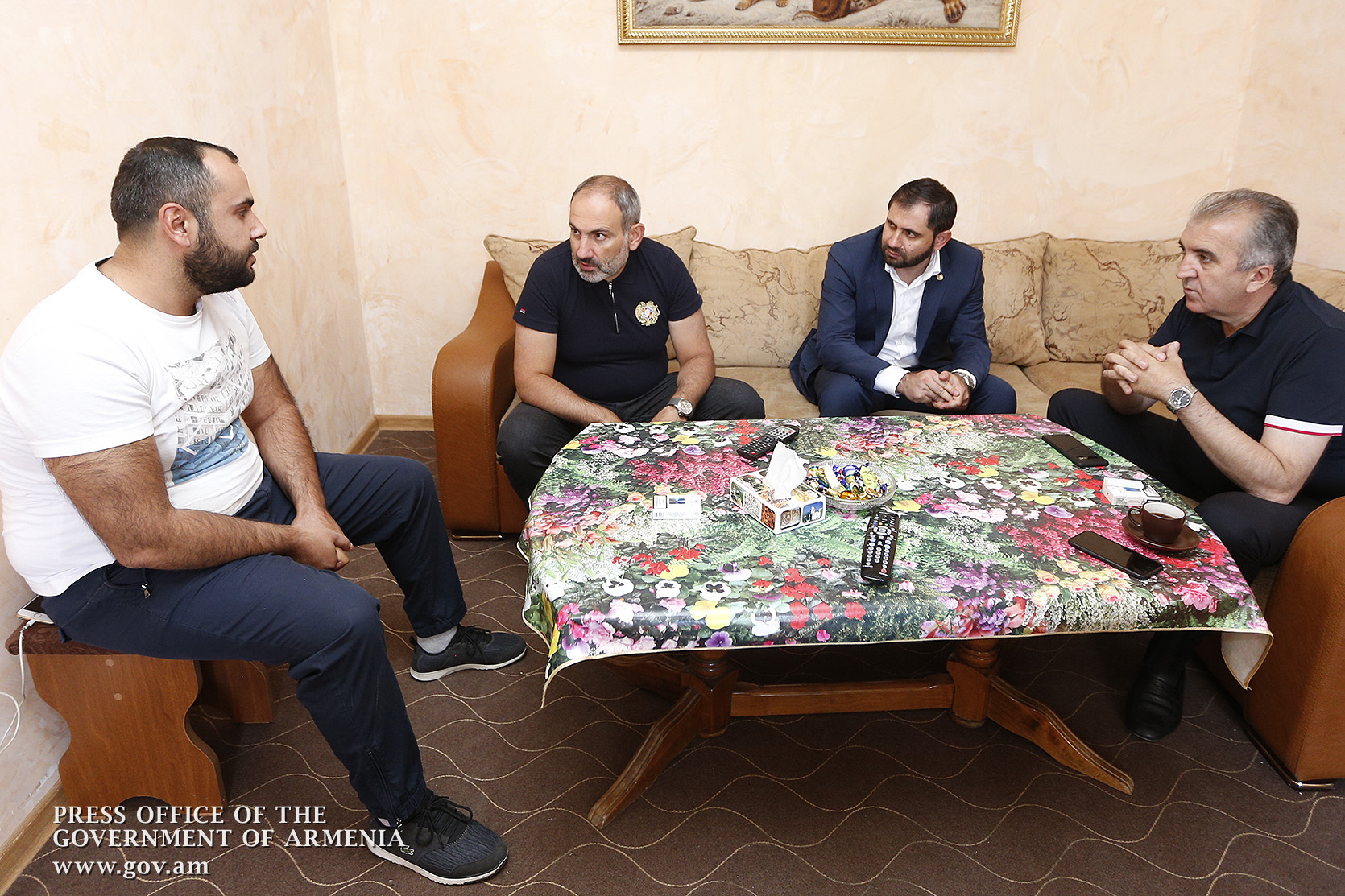 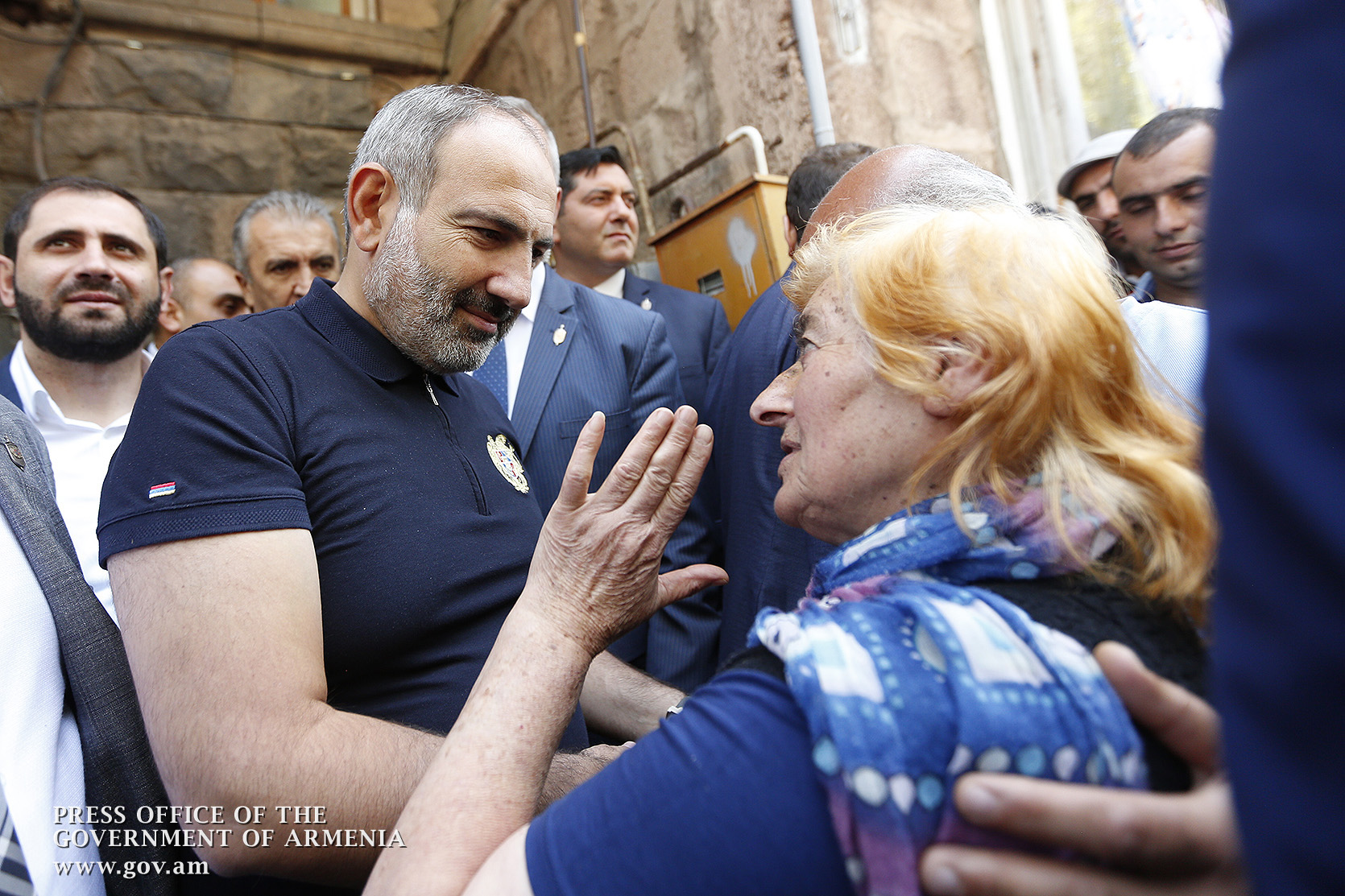 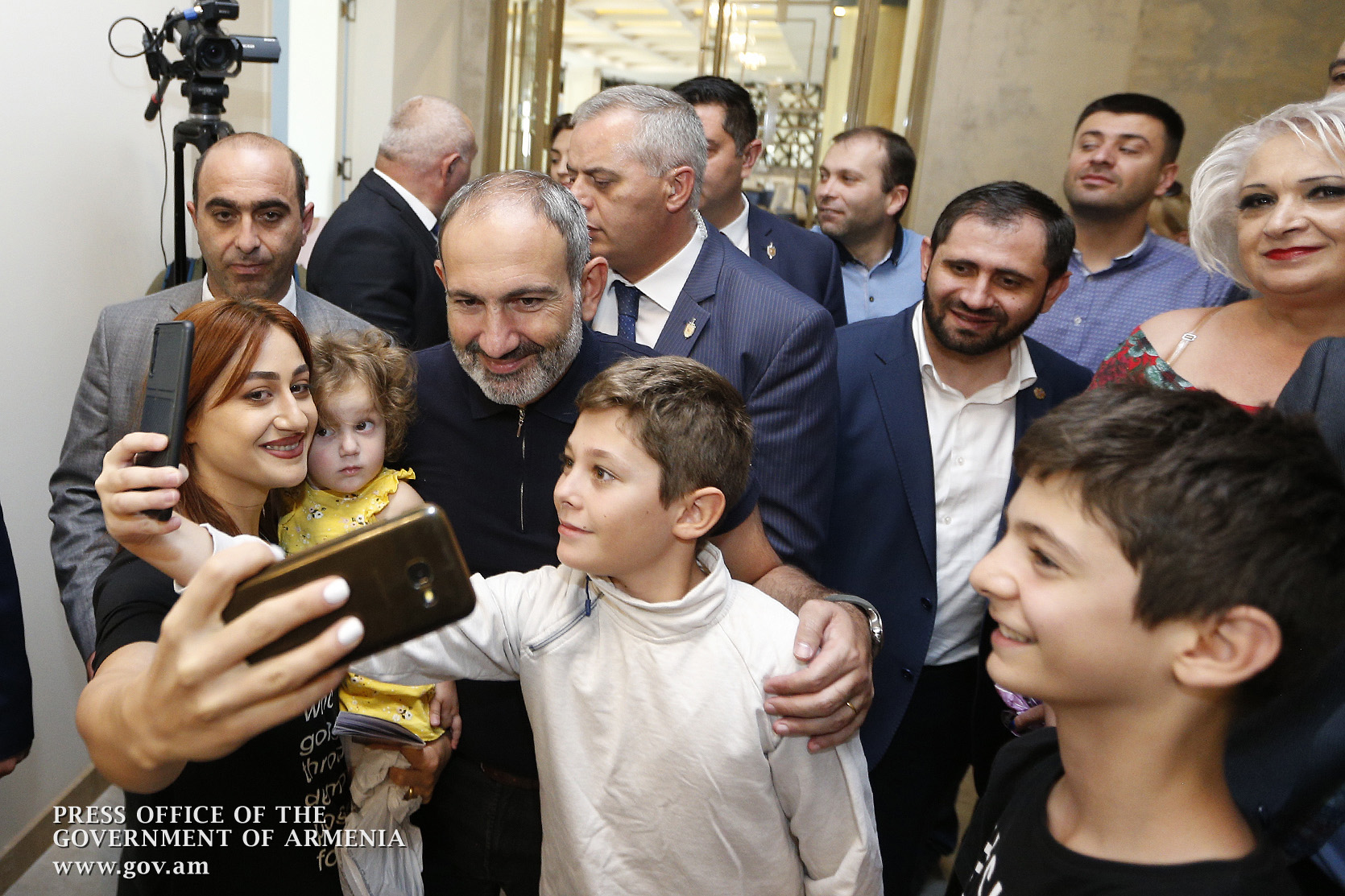 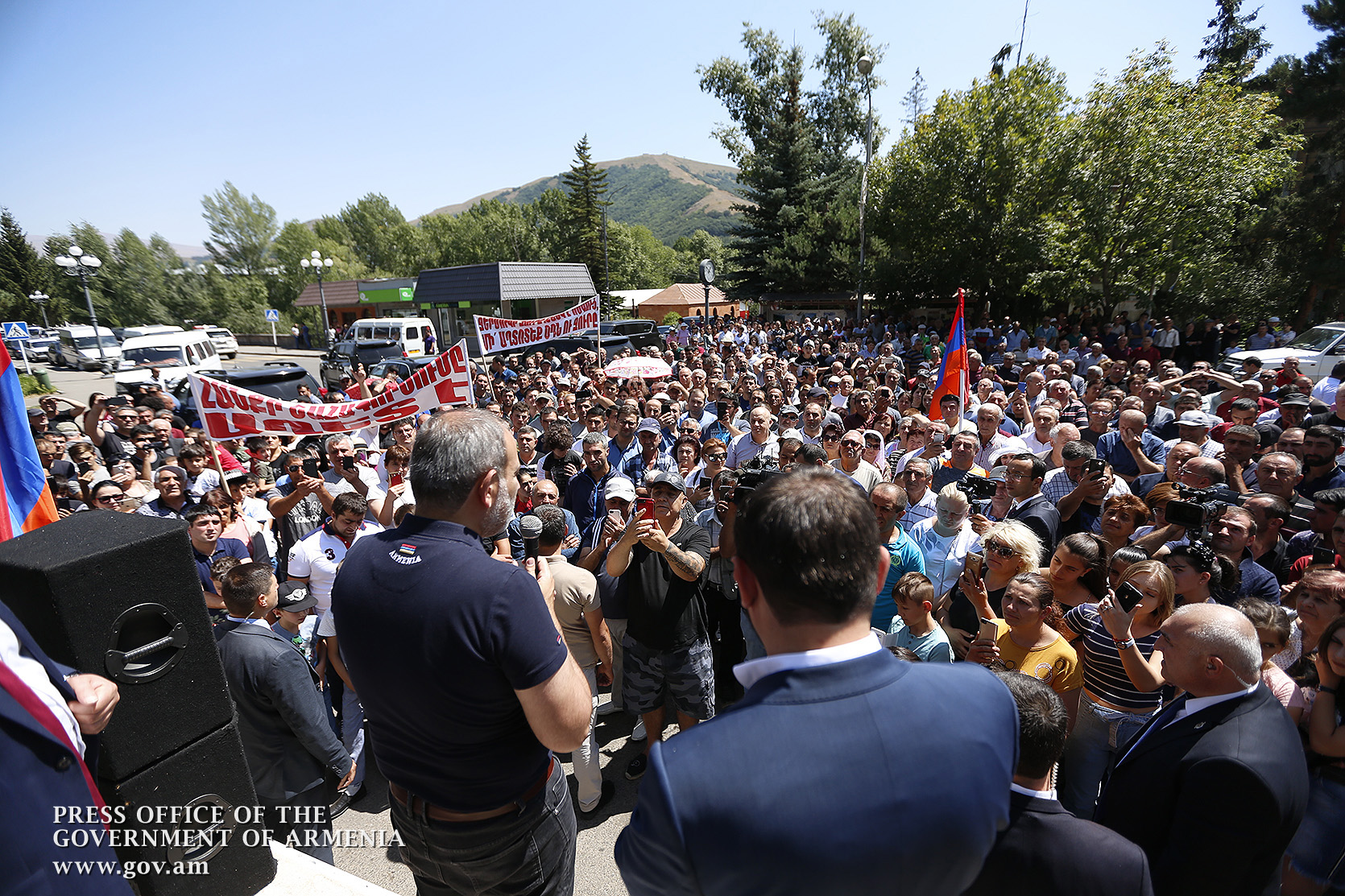