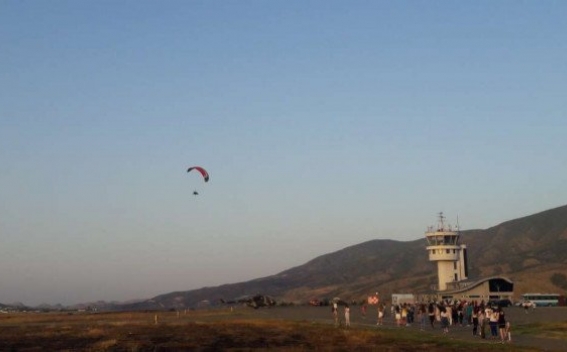 The airport of Stepanakert hosted the third Artsakh Airfest, an event which was a joint initiative of the Artsakh Ministry of Economy and Joint Infrastructures and Artsakh Youth Affairs and Tourism Ministry as well as Yell Extreme Park, News.am reports.

Balloon, airplane and paragliding flights were organized and an air show program was demonstrated. The show was followed by a concert with the participation of the Arrata Band and Shushva Band. This year the festival featured participants from Armenia, Artsakh and abroad.