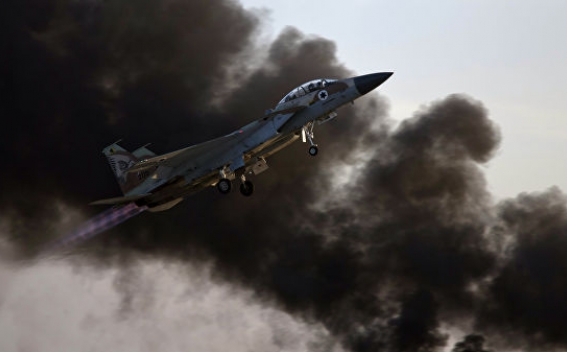 In what Prime Minister Benjamin Netanyahu called a “major operational effort,” Israeli fighters hit the Syrian town of Aqraba, between downtown Damascus and the city’s airport, around 11 p.m. Saturday.

“If someone rises up to kill you, kill him first,” Mr. Netanyahu said on Twitter, alluding to a Talmud passage justifying self-defense.

The unusual announcement of an Israeli strike inside Syria included word of what the Israeli military described as a new Iranian tactic: kamikaze-style unmanned vehicles designed to hit a target and blow up on impact.