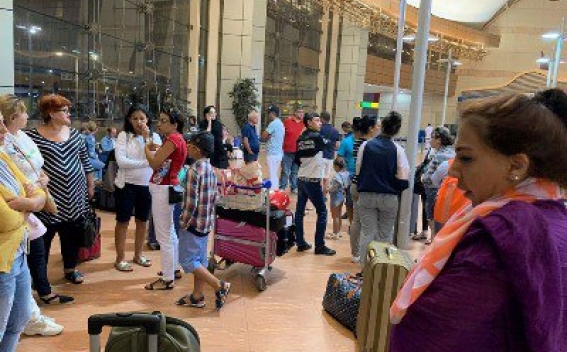 About 50 to 55 Armenians have remained at the Sharm El Sheikh airport—in Egypt—for over 10 hours, Facebook user Aram Gevorgyan reports.

“The Air Cairo airline, which operates the Sharm El Sheikh-Yerevan direct flight, has canceled its flight at 04:45 in the morning to Yerevan, and passengers learned of it only after arriving at the airport,” he added. “On the spot, they have presented various reasons, allegedly, technical problems. But it has been more than 10 hours ever since people—including young children—are at the airport, and nobody is dealing with their issue.

“Passengers who have collaborated with Skymaxholidays have encountered such problem.

“No one from that company has visited the airport yet, and it’s not possible at all to contact them.”