Trump Says 'Certainly Possible' Putin Could Be Invited to G-7 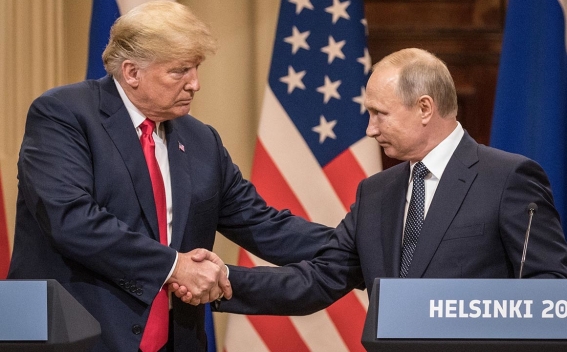 The U.S. will host next year’s G-7. Trump said ahead of a breakfast meeting with U.K. Prime Minister Boris Johnson that it’s possible he’d invite Putin as a guest but doesn’t yet know, Bloomberg reports.

"It’s certainly possible, we’ll see," Trump said, after earlier noting that he and other G-7 leaders had discussed the matter Saturday evening. "We had a very good discussion on Russia and President Putin, and a lively discussion, but, really, a good one," Trump said.

Putin already has said at a news conference that if an invitation comes, he will be sure to consider it, RIA Novosti reported, citing Kremlin spokesman Dmitry Peskov.