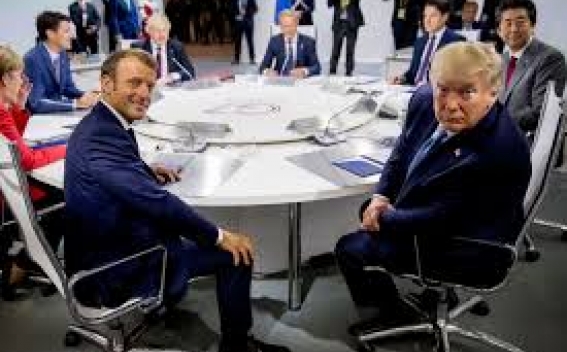 European leaders have struggled to tamp down the brewing confrontation between Iran and the United States since Trump pulled his country out of Iran’s internationally-brokered 2015 nuclear deal and reimposed sanctions on the Iranian economy, Reuters reports.

Macron, who has pushed mediation efforts in recent weeks to avoid a further deterioration in the region, had told LCI television that the G7 had agreed on joint action on Iran.

The French presidency said G7 leaders had even agreed that Macron should hold talks and pass on messages to Iran after they discussed the issue over dinner at a summit in southwestern France on Saturday evening.

However, Trump, who has pushed a maximum pressure policy on Iran, pushed back.