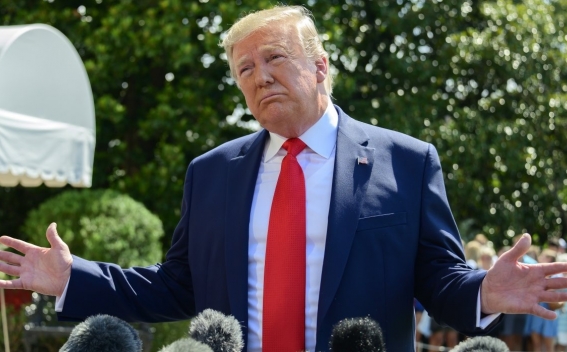 President Donald Trump on Thursday called off a visit to Poland marking the 80th anniversary of the Nazi invasion in order to deal with Hurricane Dorian, Euronews reports.

"Our highest priority is the safety and security of the American people in the path of the hurricane," he told reporters, saying Vice President Mike Pence would travel instead.

Trump says he delivered the news to Polish President Andrzej Duda earlier Thursday and plans to reschedule the trip in the "near future."

Dorian is heading toward Florida where it is forecast to make landfall over the weekend with winds of up to 130mph.