Ukraine parliament votes to strip lawmakers of immunity from prosecution 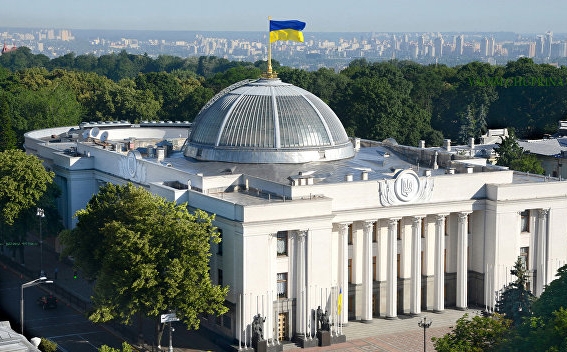 Ukraine's parliament has voted in favor of cancelling immunity from prosecution for lawmakers, a step toward President Volodymyr Zelenskiy's pledge to stamp out corruption.

In a vote on September 3, 373 deputies voted for the bill, while three abstained and 28 were absent.

Zelenskiy, who attended the parliamentary session, downplayed fears that the move would expose lawmakers to persecution by those in power, saying before the vote that the cancellation of immunity would not mean that lawmakers would be responsible for political decisions.

"I would like to dispel all the myths and political manipulations. The parliament members will preserve indemnity. They will not be responsible for their political decisions, voting or any political or public statements," Zelenskiy said, RFE/RL's Ukrainian Service reports.

For Ukrainians, abolishing immunity has been one of the most desired anti-corruption measures, according to public-opinion polls.

Zelenskiy, a 41-year-old comedian-turned-politician who has pledged to "break the system" in Ukrainian politics, won a presidential election on April 21.