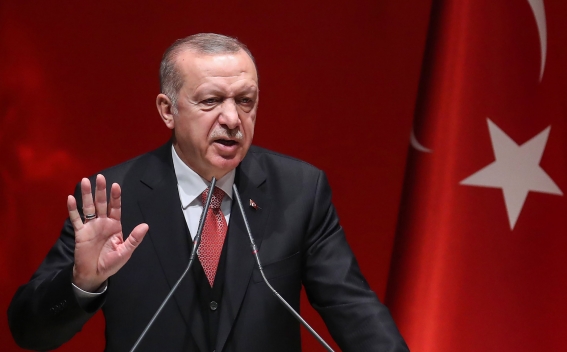 Turkish President Recep Tayyip Erdogan on Tuesday said that Turkey cannot handle and new wave of migrants from northern Syria and called for the establishment of the safe zone in the region as soon as possible.

''We are hosting almost 5 million foreigners, 3.6 million of which are Syrian … It is not possible for our country to handle another wave of migration from Syria,'' independent news site T24 quoted Erdogan as saying after a meeting with U.S. Secretary of Commerce Wilbur Ross in Ankara, Ahval News reports.

Erdogan said the creation of the safe zone in northeast Syria was an urgent matter, which would ''ease the war on terror and help overcome irregular migration''.