Putin to Meet With Israeli Premier Netanyahu in Sochi 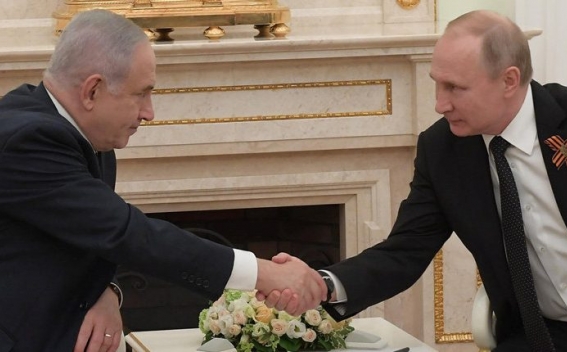 According to the Kremlin press service, "issues of further development of the bilateral cooperation are planned to be discussed, while opinions are expected to be exchanged on the situation in the Middle East."

This is Netanyahu’s third trip to Russia this year, which follows his visits to Moscow in February and April.

According to the Israeli premier, he plans to focus on "improving the mechanisms of military cooperation." Besides, his office named "regional issues and the situation in Syria" among topics to be raised at the talks. Israeli Ambassador to Moscow Gary Koren, in turn, said the two leaders may discuss organizing a trilateral meeting of Russia, the United States and Israel at the level of national security councils.

During the visit, the Israeli premier, who will be accompanied by head of the Jewish state’s national Security Council Meir Ben-Shabbat and Chief of General Staff of the Israeli Defense Forces Aviv Kochavi, also plans to meet with Russian Defense Minister Sergei Shoigu.