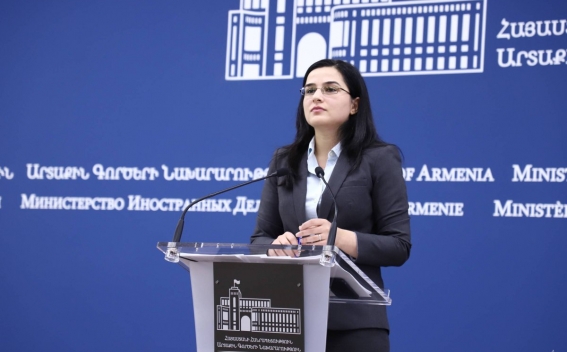 The co-chairs of the OSCE Minsk Group have proposed to organize a meeting between the Foreign Ministers of Armenia and Azerbaijan, the spokesperson for Armenian MFA Anna Naghdalyan told reporters on Friday, News.am reports.

''The co-chairs proposed organization of the meeting, the sides agreed to it. The time and place of the meeting will be unveiled in an agreed manner,'' Naghdalyan said.