A Historic Agreement between Serbs and Albanians Is the Only Way to Achieve Lasting Peace: Serbian Prime Minister 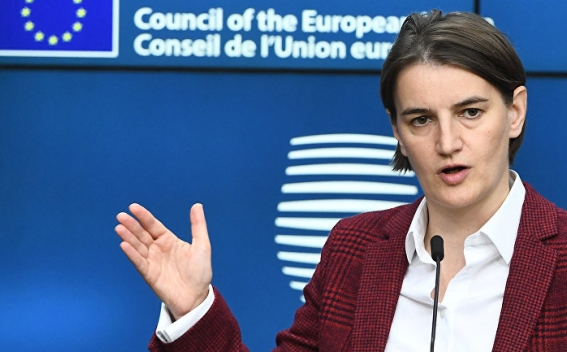 Serbian Prime Minister Ana Brnabic told Belgrade daily Blic on Monday that a historic agreement between Serbs and Albanians is the only way to achieve lasting peace in the Balkans, rs.n1info.com reports.

She said that can only be achieved through a compromise which means that both sides would loose something and win something, a view expressed frequently by officials in Belgrade.

''We should get the most that we can and loose the least that we can. There can be no solution without a compromise and both sides could get a lot – a more stable, happier future, long-term perace and prosperity,'' Brnabic said.

The prime minister said there is no point in talking about the Belgrade-Pristina dialogue before the Kosovo government revokes the 100 percent tariffs on Serbian goods. ''I can only hope that the decision will be taken in the near future because, as much as the tariffs have affected us here in central Serbia, they are causing the most damage to the people living in Kosovo – both Serbs and Albanians,'' she said.