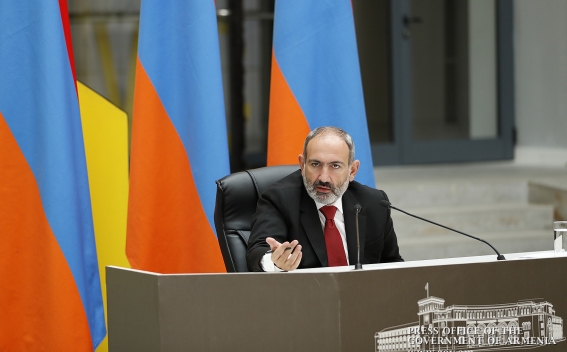 Prime Minister Nikol Pashinyan has reiterated that the resolution of the Nagorno Karabakh conflict must be acceptable for the peoples of Armenia, Artsakh and Azerbaijan, Armenpress reports.

The PM made the remarks at a September 16 news conference speaking about Azerbaijan’s stance that the NK issue can only be settled by the “principle of Azerbaijan’s territorial integrity”.

“I have announced that any resolution of the Karabakh issue must be acceptable for the people of Armenia, the people of Karabakh and the people of Azerbaijan. By the way, I am the first leader of Armenia to have made such a statement speaking about the acceptability from the Azerbaijani people, for which I have been criticized in Armenia. I expect a similar statement also by the Azerbaijani government. One year has passed since I made my statement, but no similar statement was made, and instead it was said that the Karabakh issue can be solved only within the framework of Azerbaijan’s territorial integrity. Whereas during working discussions with OSCE MG Co-Chairs it has been said that the negotiations imply that the status of Karabakh can be different,” the PM said.

PM Pashinyan said that Armenia has an adequate response to Azerbaijan’s position.

“If in the context of this all Azerbaijan is saying that the Karabakh issue can be resolved only by the principle of Azerbaijan’s territorial integrity in the sense that Karabakh must be part of Azerbaijan, based on this entire information we can record that if their principle is so categorical and not recognizing compromise, then our principle in turn must be – Artsakh is Armenia, period,” PM said.