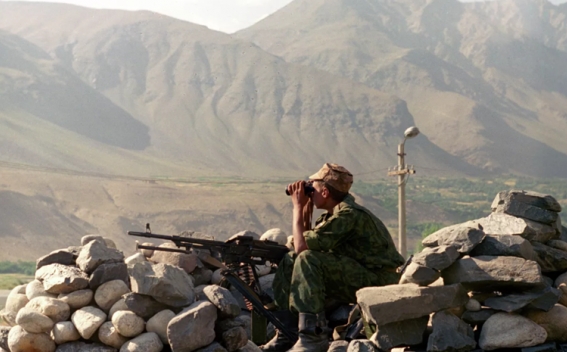 A shoot-out on a disputed section of the border between Kyrgyzstan and Tajikistan in the Ferghana Valley has left at least one border guard dead and 19 other people wounded, officials from both countries say, RFERL reports.

Both sides blamed each other for starting the September 16 shooting in Kyrgyzstan's Leylek district and the Bobojon Ghafurov district of Tajikistan.

The Tajik and Kyrgyz border agencies said the shooting, which they said followed a dispute over construction at a non-demarcated section of the border, stopped at 9:30 p.m. local time and that officials were trying to prevent further escalation.

Kyrgyzstan's State Border Service said that the latest shooting left one of its border guards dead.

Local Tajik officials told RFERL that 12 citizens of Tajikistan had been hospitalized.