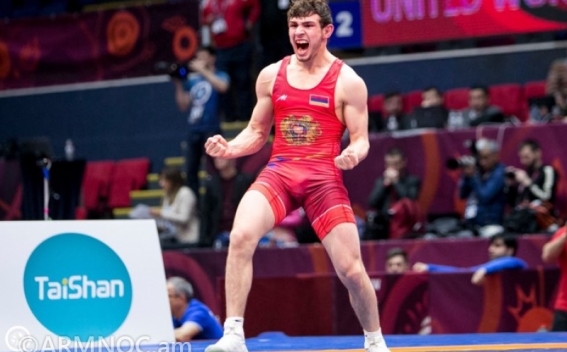 On September 19 freestyle wrestlers will enter the competition at the World Wrestling Championship underway in Kazakh capital Nur-Sultan.
Wrestlers of 57 and 65 kg weight classes will enter the mat.
At 57 kg Armenia will be represented by European current champion Arsen Harutyunyan. He will start from the 1/16 finals where his rival will be Georgia’s Otari Gogova.
At 65 kg Armenia will be represented by Vazgen Tevanyan. He will also start performing from the qualification round where he’ll compete with European Games bronze medalist, Ukraine’s Gor Hovhannisyan.