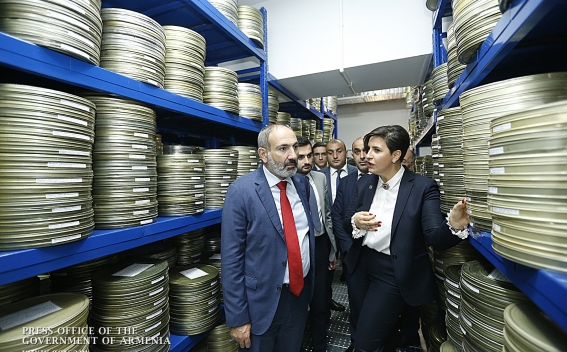 Accompanied by Public TV Executive Director Margarita Grigoryan, Nikol Pashinyan toured the TV Company, including the new archives building, where he inspected the recent improvements and the newly installed equipment.

The new archive building has been furnished with state-of-the-art equipment for digitization and archival restoration with the support of JICA. The Head of Government also called at the airing section, where he was presented with the work done to improve the content and technical quality TV broadcasts.

The Prime Minister held a consultation with the Public TV’s top executives and the creative team members, at which the First Channel’s performance report was presented.

The Premier attended the filming of the Crossroad of Times musical project, staged by the staff of the Armenian Public Television.