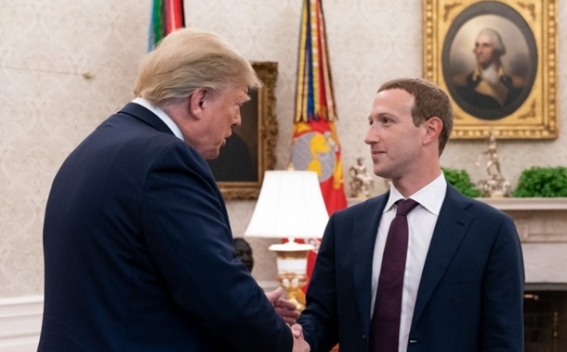 Facebook’s Mark Zuckerberg met with President Donald Trump on Thursday during a fence-mending visit to Washington where the chief executive faced aggressive questioning from lawmakers about the social network’s failures to protect consumer privacy, Reuters reports.

Trump posted a photo with Zuckerberg on Twitter and called their session a “nice meeting” in the Oval Office. Facebook (FB.O) said the tech executive “had a good, constructive meeting with President Trump at the White House today.” Neither side disclosed specifics of their discussion.