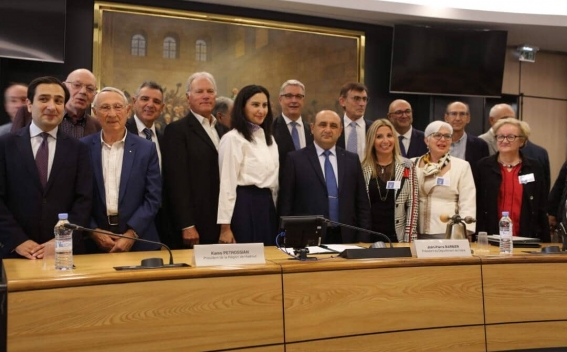 A Declaration of Friendship was signed between Hadrut region of the Republic of Artsakh and the Department of Isere of the French Republic on September 20, informed the press service of MFA Artsakh.

The solemn ceremony of signing took place in the city of Grenoble, in the conference hall of the administration of the Department of Isere. The declaration was signed by the head of Hadrut regional administration Kamo Petrosyan and the chairman of the council of the department Jean-Pierre Barbier. In total, this is the 14 th agreement signed between the administrative-territorial entities of France and Artsakh.

Hovhannes Gevorgyan stressed that signed declarations not only pave the way for cooperation in educational, cultural an humanitarian spheres, but also serve as a bridge of friendship, thanks to which Artsakh breaks long-standing political, informational and psychological blockade that Azerbaijan is trying maintain at all costs.