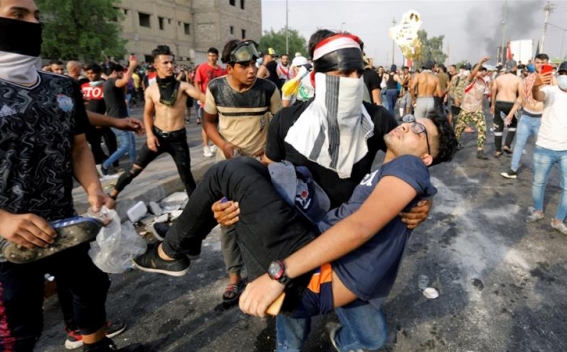 At least three protesters and one policeman have been killed in Iraq's southern city of Nasiriya, according to a monitoring group, after nationwide anti-government protests devolved into violence that saw security forces fire live rounds and tear gas for a second straight day, Al-Jazeera reports.

The deaths on Wednesday came a day after at least two protesters - one in the capital, Baghdad, and one in Nasiriya - were killed and hundreds of people were wounded in clashes between police and protesters angry at  unemployment, corruption and poor public services.