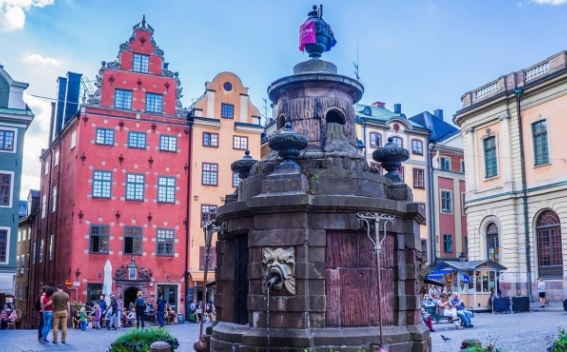 U.S. and North Korean officials arrived to begin nuclear talks at an isolated conference center on the outskirts of Stockholm on Saturday, in an attempt to end months of stalemate, Reuters.

The meeting will be the first formal working-level talks since U.S. President Donald Trump and North Korean leader Kim Jong Un met in June and agreed to restart negotiations that stalled after a failed summit in Vietnam in February.

Police had closed off the approaches to the complex facing the Baltic Sea on the island of Lidingo, where the delegations led by U.S. Special Representative for North Korea Stephen Biegun and North Korea’s Kim Myong Gil were expected to meet.

Two motorcades entered the secluded center early on Saturday with a police officer confirming one carried the North Korean officials. The other included cars used by Biegun when he met Swedish Foreign Ministry officials on Friday.

The delegation from North Korea, also known as the Democratic People’s Republic of Korea (DPRK), which is under sanctions banning much of its trade due to its nuclear program, arrived in Sweden on Thursday after Pyongyang unexpectedly said talks would take place on Oct. 5.