US Executive Branch will not Participate in Impeachment Inquiry — White House 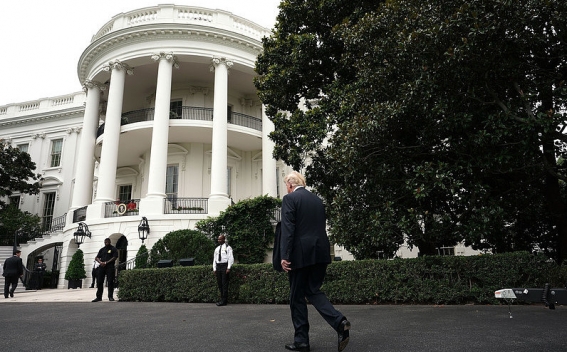 The US Executive Branch will not participate in the impeachment inquiry launched by Democrats in the US House of Representatives, the White House press secretary said in a statement released on Tuesday, TASS reports.

"The President has done nothing wrong, and the Democrats know it," the statement said. "For purely political reasons, the Democrats have decided their desire to overturn the outcome of the 2016 election allows them to conduct a so-called impeachment inquiry that ignores the fundamental rights guaranteed to every American. These partisan proceedings are an affront to the Constitution - as they are being held behind closed doors and deny the President the right to call witnesses, to cross-examine witnesses, to have access to evidence, and many other basic rights," the statement continued.

"The letter demonstrates that the Democrats' inquiry lacks any legitimate constitutional foundation, any pretense of fairness, and even the most elementary due process protections. Democrats are pursuing purely partisan goals, including influencing the upcoming 2020 election. In the process, they are violating civil liberties and the separation of powers, threatening Executive Branch officials with punishment simply for exercising their constitutional rights and prerogatives," the statement added.

"For these reasons, the Executive Branch cannot be expected to, and will not participate in, this exercise of partisan political theater," the statement stressed.

"President Trump and his entire Administration will, however, keep fighting for the American people, growing the economy, building prosperity, and proteting America's interests at home and abroad," the statement concluded.