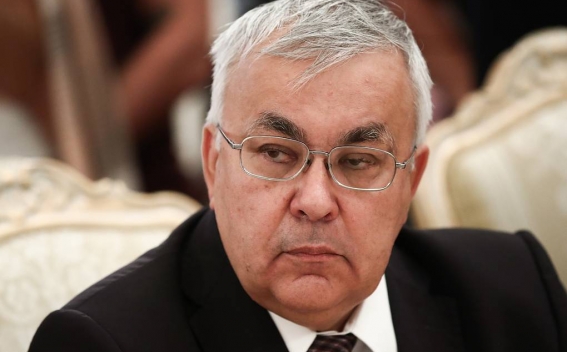 "This issue is being coordinated," Vershinin said. He added that the agreement on the Steinmeier formula at the Contact Group meeting on October 1 became "a very important step that opens good prospects for resolving many intra-Ukrainian problems."

Vershinin noted that Ukraine "still needs to fulfill other commitments in the framework of the Minsk Agreements." "Among them are amnesty, special status which envisages that residents of those regions [separate parts of the Donetsk and Lugansk regions in eastern Ukraine] will speak in their native language, and will do it completely freely," the diplomat said adding that coordinating the Steinmeier formula laid the basis for that.

The deputy foreign minister said that the meeting between Russian Foreign Minister Sergey Lavrov and Ukrainian President Vladimir Zelensky on the sidelines of the 74th session of the UN General Assembly was "brief but useful." "It is good that [the meeting] was followed by some developments," Vershinin stressed. "It is very important that this progress does not stop, that everything that was pledged is implemented well, first of all by the Ukrainian side. In this sense, work in the Normandy format is very important," he said.

Russian presidential aide Yury Ushakov said earlier that chances for holding the summit in the Normandy format in the near future increased after Ukraine signed the agreement on the Steinmeier formula.