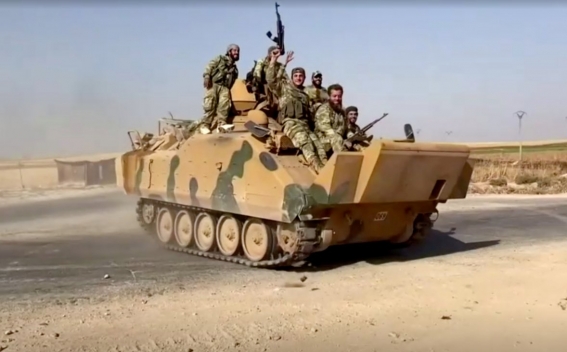 The Kurds in Syria say the Syrian government has agreed to send its army to the northern border to try to halt Turkey's offensive against them, BBC reports.

Syrian state media earlier reported that government forces had been deployed to the north.

It follows the US decision to pull all its remaining troops from the area over the "untenable" situation there.

The Turkish assault, launched last week, is aimed at forcing Kurdish forces from along the border area.