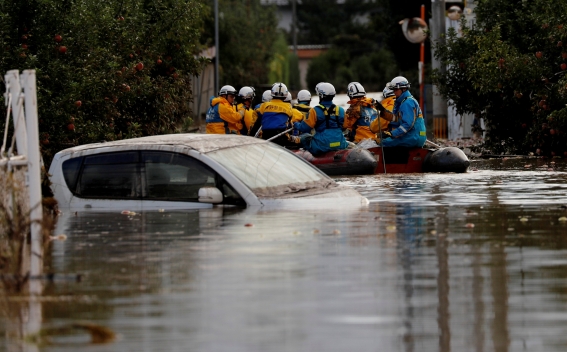 Tens of thousands of rescuers in Japan worked through the pre-dawn hours on Monday (Oct 14) to reach people trapped by landslides and floods caused by a powerful typhoon, Channel News Asia reports.

Typhoon Hagibis moved away from land on Sunday morning, but while it largely spared the capital, it left a trail of destruction in surrounding regions.

At least 40 people were killed in the typhoon that left vast sections of towns in central and eastern Japan under water, with another 16 missing and 189 injured, public broadcaster NHK said.