Putin Invites Erdogan to Russia as Turkey Advances in Syria 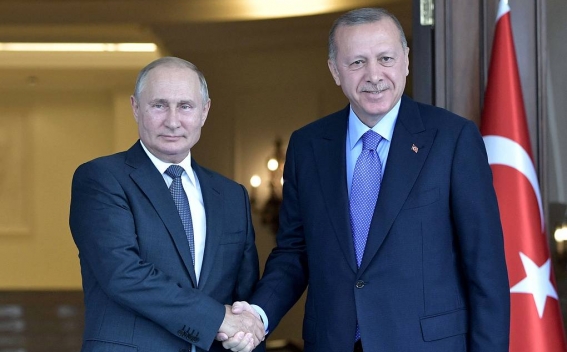 Russia’s president Vladimir Putin spoke with his Turkish counterpart Tayyip Erdogan about Syria by phone and invited him to visit Russia in the next few days, the Kremlin said late on Tuesday, Reuters reports.

The Kremlin said that in their phone conversation, Putin and Erdogan agreed to ensure Syria’s territorial integrity.

“Vladimir Putin invited Tayyip Erdogan to come to Russia with a working visit in the coming days. The invitation has been accepted,” the Kremlin said in a statement.

The leaders also discussed the need to avoid possible conflicts between Turkish and Syrian military, according to the statement.