Armenians Earned Their Right to Live in Those Territories from Their Ancestors from Ancient Times: Armenia's MP to Azerbaijani Delegate 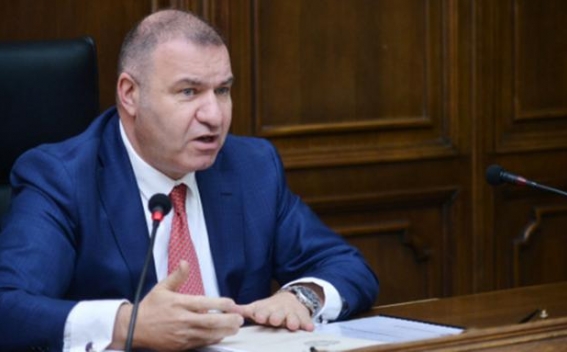 During Wednesday’s meeting of the Committee on the United Nations Inter-Parliamentary Union in Belgrade, Serbia, a member of the Azerbaijani delegation echoed the same remarks made in Strasbourg and at other international platforms related to the so-called “occupation” of Azerbaijan's territory by Armenia, and other issues, the office of Armenian MP Mikayel Melkumyan said in a statement, ''Panorama.am'' reports.

Melkumyan explained the Azerbaijani lawmaker briefly and appropriately that after the collapse of the Soviet Union, Azerbaijan split too, and the people of Artsakh (Nagorno-Karabakh) determined their fate by referendum. Since it was a UN committee meeting, the Azerbaijanis were questioning the UN principles based on the 1994 decision. Melkumyan cited the principle of self-determination of nations as a counterbalance to it.

The Armenian lawmaker noted that over the recent 28 years both Armenia and Azerbaijan have delegated the peaceful settlement of the conflict to the OSCE Minsk Group co-chairs – France, Russia and the United States – and the issue should be discussed in this context if the Azerbaijanis do not want to create some problems for themselves again with an aggressive demeanor.

“Mr. Melkumyan emphasized that Armenians have lived, are living and will live in those territories forever, and that they have earned their right to live there from their ancestors from ancient times, whereas the Azerbaijanis are nomadic settlers,” the statement read.

The PM’s office said immediately after his speech the Azerbaijani delegate fled to another committee to read the same copied text there as well.