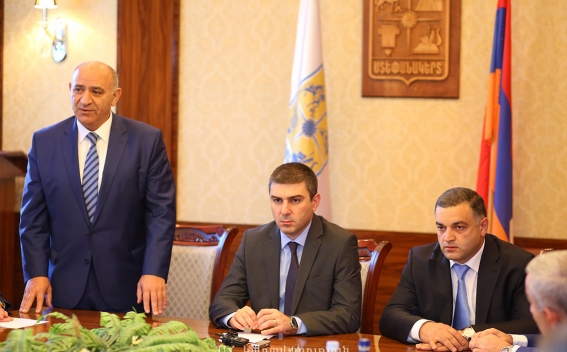 The State Minister congratulated the new Mayor and wished a productive work.

On behalf of the Artsakh President, government and personally himself Grigory Martirosyan thanked former Mayor Suren Grigoryan and the City Council members for their activity.