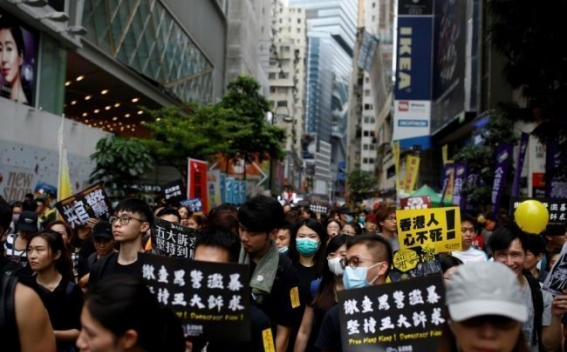 The bill - which would have allowed for criminal suspects to be extradited to mainland China - prompted outrage when it was introduced in April.

Hundreds of thousands of people took to the streets and the bill was eventually suspended.

But protesters have continued regular demonstrations, which spiralled into a wider pro-democracy movement.

It is the worst crisis for Hong Kong since the former British colony was handed back to China in 1997.