Erdogan Says He Will Go to Washington Despite Backlash over Syria 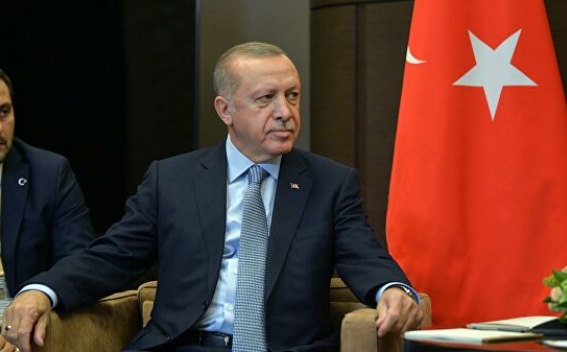 Turkish President Recep Tayyip Erdogan confirmed that he will visit Washington next month despite objections from US lawmakers seeking to rebuke Ankara over its offensive against Kurdish fighters in northern Syria.

In a live interview with Turkish media outlet TRT on Thursday, Erdogan said his planned trip to the White House will go ahead now that US President Donald Trump has lifted sanctions against Turkey, middleeasteye.net reports.

"There's no obstacle for us to go to the US on November 13. For that reason, we'll go there. And we'll hopefully hold sincere talks as we did in the past. The atmosphere is positive," Erdogan said.

Turkey began its offensive in northern Syria earlier this month, after Trump withdrew US forces from the area, a move that effectively gave Ankara a greenlight for the incursion.