Renaissance Painting Found in Kitchen in France Sells for €24m 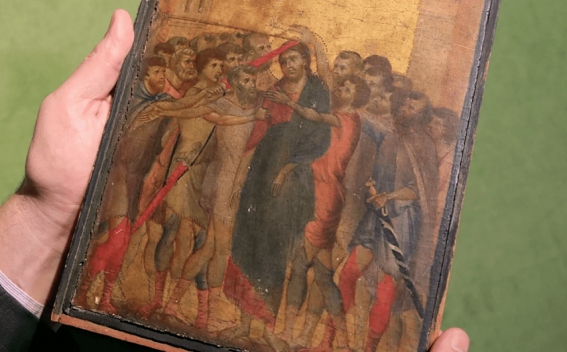 An tiny early Renaissance masterpiece found in a French woman’s kitchen during a house clearance has fetched more than €24m at auction, making it the most expensive medieval painting ever sold, The Guardian reports.

Christ Mocked, by the 13th-century Florentine painter Cimabue, had hung for decades above a cooking hotplate in the open-plan kitchen of a 1960s house near Compiègne, north of Paris. It had never attracted much attention from the woman, in her 90s, or her family, who thought it was simply an old icon from Russia. It might have ended up in a bin during the house move this summer had it not been spotted by an auctioneer who had come to value furniture.

At an auction outside Paris on Sunday, the unsigned work, measuring just 26cm by 20cm, fetched €19.5m under the hammer, rising to over €24m when fees were included.