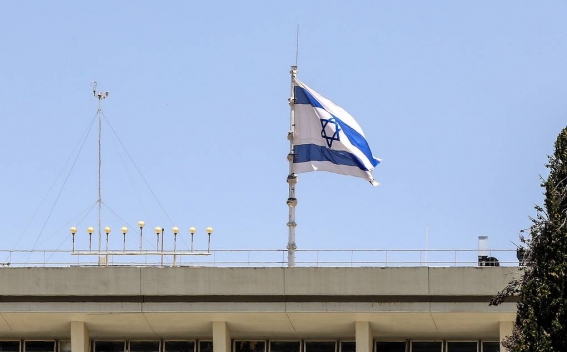 All Israeli embassies and consulates around the world shut down early Wednesday as diplomats and military attachés went on strike in a long-simmering dispute with the Finance Ministry over expense stipends paid to envoys, Times of Israel reports.

The move, coordinated by the Foreign Ministry, the Defense Ministry and the Histadrut Labor Federation, came after the Treasury reportedly backtracked on previous understandings and said it would force the envoys to pay back thousands of dollars that they had been reimbursed for expenses.

The closure came into effect at 1 a.m on Wednesday morning Israel time.

“Due to the decision of the Israeli Ministry of Finance to breach understandings that were agreed upon and signed by the Director General of the Ministry of Finance on July 21, 2019, and to apply a one-sided procedure that alters a protocol that has been in place for several decades, we are forced to close the Embassy,” said statements posted on various mission websites.

“No consular services will be provided and no one will be allowed to enter the Embassy/Consulate,” the statement said.

The closures were likely to harm Israelis traveling abroad and in need of consular assistance for issues like lost passports or medical emergencies. The Defense Ministry stoppages would harm Israel’s defense cooperation with other countries and arms exports.

The dispute is over expense stipends paid to Israeli diplomats and Defense Ministry envoys stationed abroad that are meant to cover a wide array of expenses, from hosting events at an ambassador’s residence to transport costs.

The Treasury has been pushing to change the way it reimburses the costs and to tax the stipends, which would significantly hit the diplomats and attaches, who have long-complained about low salaries.

It now also wants to impose the new system retroactively, which would force the envoys to repay thousands of dollars.

“Israeli diplomats are committed at all times to strive to enhance Israel’s strength and resilience. Unfortunately, the decision of the Ministry of Finance does not leave us any choice but to take the above-mentioned action, since the vital interests of the State of Israel have been harmed,” the statement said. “We hope that this crisis will be resolved as soon as possible.”

Israeli diplomats have long complained about low wages and poor working conditions. Once every few years they enact labor sanctions, which are usually followed by a general strike — with mixed results. In January 2011, they thwarted a planned visit to Israel by then-Russian president Dmitry Medvedev, but otherwise successes have been rare for the Foreign Ministry’s workers union.

Three years later, after weeks of increased labor sanctions, which included the cessation of any contacts with foreign governments and the suspension of all consular services to Israelis abroad, they shut down the ministry’s headquarters in Jerusalem and 103 embassies and consulates worldwide for the first time in Israel’s history.

However, diplomats say that five years later it has still not been fully implemented.

Beyond pay, the ministry itself has struggled with massive budget cuts.

In September the Foreign Ministry announced that it was being forced to freeze most of its diplomatic activities worldwide due to a lack of funds.

The ministry said the instruction was given by the Finance Ministry’s accountant general, due to the “grave deficit” in its budget.

Activities that were suspended included diplomats’ overseas work trips, the formulation of new diplomatic initiatives and treaties, hosting delegations of foreign diplomats and journalists in Jerusalem, renovations and maintenance at the ministry headquarters, and so on.

Over the last 20 years, the budgets of all ministries have doubled — only that of the Foreign Ministry has been cut, and now stands at a paltry NIS 1.3 billion ($367 million) per annum.

Israel currently maintains 69 embassies, 23 consulates and five special missions, including its representative at the United Nations.

In May, a report by State Comptroller Yosef Shapira found that some Israeli ambassadors and their staff were living in uninhabitable conditions while on posts abroad. Shapira’s report said that many of the 250 or so properties and staff residences under the Foreign Ministry’s charge were in a dilapidated state.